Home / Questions / What Is Feature Buy In Pokies Games?

What Is Feature Buy In Pokies Games? 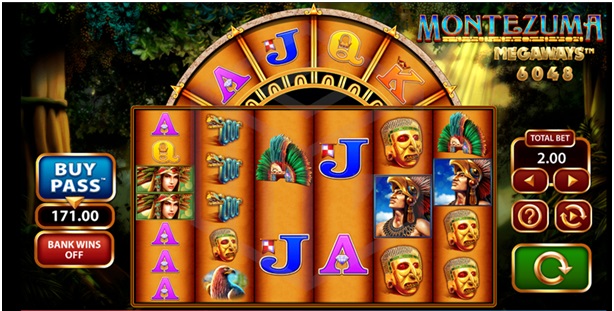 These days punters get to hear feature buying in pokies. Every time you hear the words “feature buy”, it’s a reference to pokies where you can buy bonus features of certain games by paying a premium. In doing so for the average price of between 50x and 100x your bet size, you enter the bonus game directly. It’s a popular option that allows skipping the “grind” for scatter symbols over ex-amount of spins in an attempt to trigger the pokies bonus feature(s).

What is it about pokies machines that attracts so many players, memorizing their senses as they repeatedly press the spin button, watching the reels revolve into their fated positions. You win some. You lose some. Rinse and repeat. These aren’t just games, but thrill rides that take place before your very eyes.

Many years ago, pokies were basic endeavors. Three reels spun, either landing in lucrative positions or not. Today’s games are far different. They are entirely digital, giving their creators a wide degree of imaginative fabrication in the development of features.

At least 99% of pokies machines have this feature, and when free spins are triggered, a game is primed to deliver the most rewarding spins. A big win is no guarantee, but the odds are, for that brief period, shifted heavily into the player’s favor. For most players, it is that desire to trigger a free spins feature (or whatever feature a game offers), that drives them to the pokies machines and sets off the most endorphins in their brains as they play. Pokies manufacturers are well aware of this, and found the perfect way to exploit it, by infusing another option in which players can ‘buy a feature’.

Bonus feature buys are designed to let you purchase the game’s special feature instead of hunting it for hundreds, if not thousands of spins. Depending on your luck, you might trigger the feature several times, or zero times.

The buy feature allows you to cut the corner and go directly to the bonus feature. You buy it for X amount and hit the bonus game automatically on the next spin. How easy and great doesn’t that sound?

Purchasing these features might burn through your bankroll at an even faster rate, but you are more likely to accumulate winnings even faster. Just make sure that you are aware of this, and that you please play responsibly!

With more and more game providers jumping on the bandwagon offering a “bonus buy”-button within their games, there’s plenty of options to choose between for those of you who are impatient Some frown at the practice of purchasing the bonus. Others think of it as purely awesome instead of a never-ending-chasing-the-scatter-symbols-session like no other in an attempt to trigger the free spins round.

Big time gaming pokies with Return to Player: 97.72% and Price of the feature buy: 100x

There wouldn’t be any pokiess where you can buy bonus games on today if it wasn’t for the Big Time Gaming release called “White Rabbit”.  This was the first feature buy pokies of its kind, ever.  Big Time Gaming released new feature buy pokies, ‘Book of Gods’ which didn’t even get that much hype, but then after a while, people started to realize how the bonus buy works.

After this, there were ‘rumours’ of ‘Bonanza 2’ which was released in April 2018 under the name ‘Extra Chilli’. Extra Chilli had a bonus buy feature, where you can gamble your original amount of free spins (8 of them) all the way up to 24 spins. As Extra Chilli features an unlimited multiplier, this smells potential of big wins should you be fortunate enough to gamble your spins 4 times in a row successfully.

Another is favourite bonus buy pokies ‘Extra Chilli’. Gambling your free spins is a great feature from Big Time Gaming, even though it can be very frustrating when you lose your spins.

In the end, it could be also really rewarding, as 24 spins pay 100x guaranteed almost every time. What makes this game special, is that the bonus buys only costs 50x your bet size. There is also a chance of hitting the “Feature Drop”-symbol during the base game, reducing the cost of the bonus buy.

Along with the usual option to place a bet, spin the reels, and hope for the best, feature buying pokies allow players to simply pay an amount of money to instantly trigger a game’s most lucrative feature. This does not guarantee a profit, of course. The cost of buying a feature is going to be nearly equivalent to the average amount that feature pays out. But, as with all other spins of a pokie machine, a little luck can go a long way.

Buy a Feature Coming to Dead or Alive 2

According to some very reliable sources, Playtech is upping the ante on its immensely popular Dead or Alive 2 Online Pokies. A year and two weeks after its highly anticipated launch (April 23, 2019), the game infused with a featuring buying option. The update came into effect on May 11, 2020. If you’re familiar with DoA2, you’ll recognize the game’s multitude of Player Choice Free Spins. When 3 or more scatters appear, players can choose from one of the following free spins features:

For those who like the idea of buying free spins on pokies machines, Playtech’s re-release of DoA2 should be a fantastic affair.

These feature buy pokies are powered by top gaming brand like NetEnt, Playtech and others.