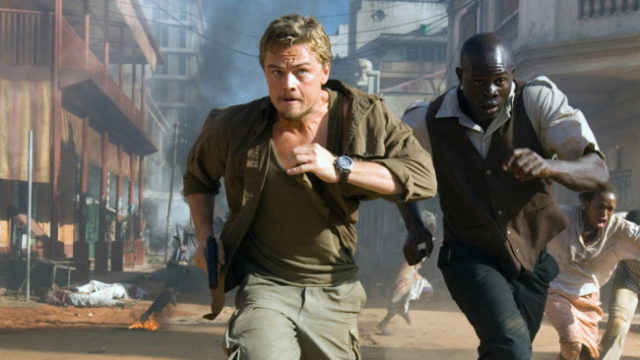 Do you love watching movies and playing slots? What can be better than combining both? There are many online casinos where you can find numerous action movies based pokies to play. Game developers create impressive pokies featuring authentic video clips, images, and music from featured movies.

You will walk you through the 6 best classic Action Movies-themed pokies that you can play online.

Inspired by the 2013 box-office superhero movie Man of Steel, this title is part of Playtech’s DC Super Heroes Jackpot Series. This title restarted the Superman series and narrates the story of the heritage of the Man of Steel. With colorful graphics, intense music and a variety of special features including shifting wilds, Battle for Earth Free Games, the World Engine bonuses and Krypton free games, this game is an all-time hit for online players.

Released in 1986 the Top Gun is an American romantic military action drama movie. Inspired by this classic movie a video pokies was created by Playtech featuring fast-paced action and excellent aerial acts, coupled with plenty of humor and a timeless soundtrack. You will see the key characters from the movie in the form of symbols, including Charlie, Iceman, Stinger, Jester, and Goose. Dogfight Wilds are the key feature of the game, with the wingman flying in to add extra wilds with a chance of extra 1-15 wilds in any spin.

Terminator 2: Judgement Day is the story of Sarah and her son John as they are shot down by T-1000. The game depicts the movie characters and video clips from the film. Featuring free spins, this game increases the number of paylines to 1024 ways to win. It is also packed with the T-800 Vision mode that is randomly activated and triggers rewards bonus win amounts.

Gladiator is the story of a Roman General who was betrayed and his family was killed by an emperor’s corrupt son. Maximus, the lead character, visits Rome as a gladiator to seek revenge. In the Playtech video pokie based on this movie, you can step into the battlefield and relive the story. Featuring five reels and 25 paylines along with some of the lead characters from the movie which includes Lucilla, Gracchus, Commodus, Proximo, and Juba. Packed with authentic sound effects and clips from the original movie, the game features a Coliseum Bonus that reveals free spins, multipliers, extra wilds and scatters.

The Hitman movie has been a big hit around the world and it was simple for people to accept the online video pokies game as well. The title tastefully incorporates essential aspects of the film into the game in the form of bonuses and features. It has the Contract Bonus Feature where you need to achieve one of the targets to get awarded with random prizes.

Powered by Microgaming, this title is matchless when it comes to graphics, bonuses, gameplay. You will find new features including Heat Seeking Wilds, Extra Wild Blasts, the Symbol Scramble, and the Super Stacked Wilds. All these symbols have been impeccability combined with the other feature like rolling reels, stacked wilds and expanding wilds. The bonus feature makes the game a great choice for both pokies fans and Batman lovers.

If you are looking for play action-packed and classic pokies based on action movies, choices are many!