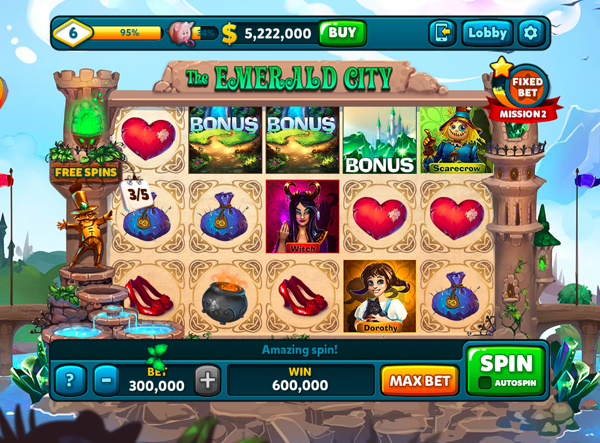 Out of all the casino apps on Facebook, Vegas Slots™ claims to offer a completely unique experience. They cater to users who love to win, & have tailor-made an interesting formula. According to them, their program features twice as many bonus-games & free spins. This provides an electrifying experience, since it’s what most games lack & all players love. Either this is an innovative way of captivating players, or it’s an empty promise. Apparently fans love it, since this game has accrued over 187,000 likes on their Facebook page.

This is by far the boldest proposal we have seen a slots game make, so we decided to investigate. After spending an hour playing the game, we were able to separate fact from fiction. This allowed us to answer the questions that were on everyone’s mind with an unedited review. Prepare to be blown away by this review, Vegas Slots was absolutely filled with surprises! 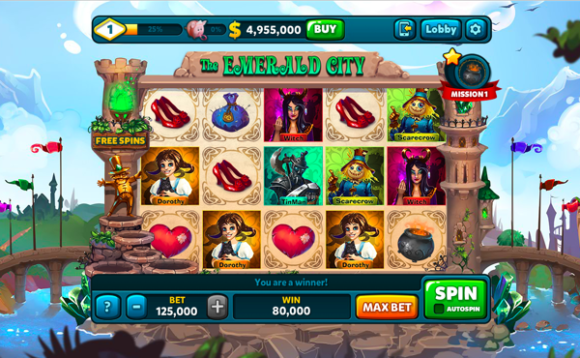 This theme was extremely inviting.

Once the game loaded, I was invited to play Emerald City. This appeared to be the only choice available, so I had no choice but to pick it. As soon as the game loaded I was thrown into a brilliantly designed slot theme. It was based on the Wizard of Oz, but it had a few unique variations. The graphics were great, & a butterfly innocently flew across the screen while a hot air balloon floated the background. 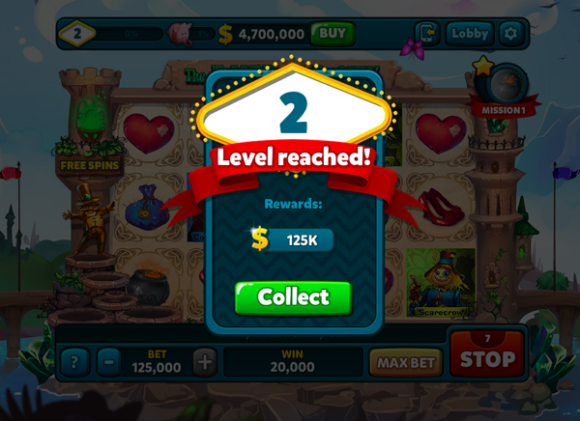 This level up kept me going.

Impressed by this display, I started spinning furiously. The game gives you 5 million credits to start with, which is good since the minimum bet is 125,000 a spin. After a few uneventful spins, I reached the second level! This won me 125,000 credits, which was enough for another spin.

This victory allowed me to raise my bet.

True to their word, my spins were filled with victories. On one round I won 210,000, while another spin netted me 100,000 credits. This was refreshing to see, but I was still excited to play a bonus game. Searching for this missing piece of the game, I continued spinning. Before I could complain, I reached level 3! This gave me 125,000 credits & let me raise my bet to 250K. 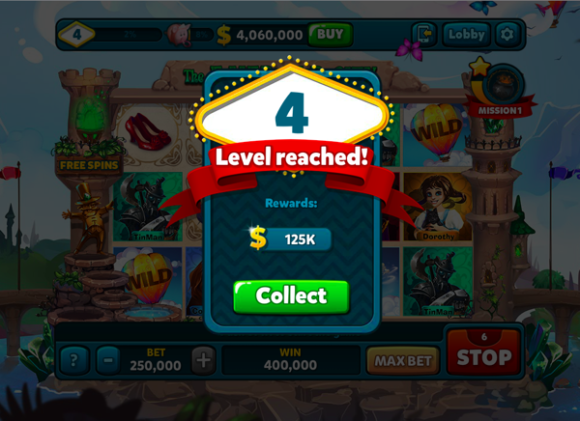 I was steadily rising up the ranks.

Sensing that this was the right move, I raised my bet & dove back into the game. This proved to be lucrative, since my spins were filled with nothing but wins. One spin accrued a drop of water into the side icon of a fountain, & I was informed that every 5 drops won me free spins. The next spin won me 510,000 coins, while another won me 400,000. Emboldened by these victories, I kept spinning until I reached the 4th level. This only won me 125K, but I was hell-bent on reaching a bonus round. 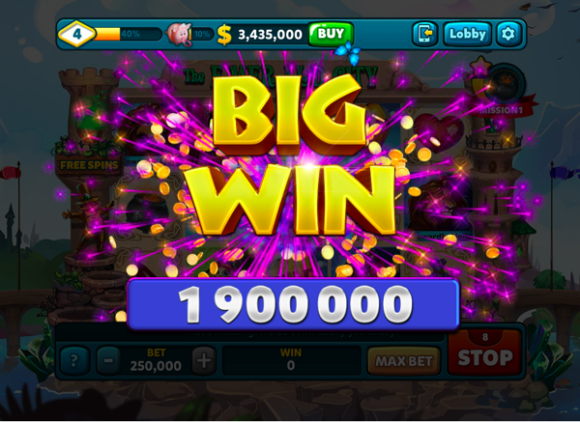 Massive wins like these make the game worth playing.

After a few spins, I won 1,900,000 credits! This was an amazing victory, so I had no choice but to keep spinning. This led me to level 5, which allowed the bet to be raised to 300K. Without thinking twice, I raised the bet. I ended up completing a mission, which was bizarre since I never knew I had embarked on one. Thinking nothing of it, I collected the 50,000 prize & kept spinning. 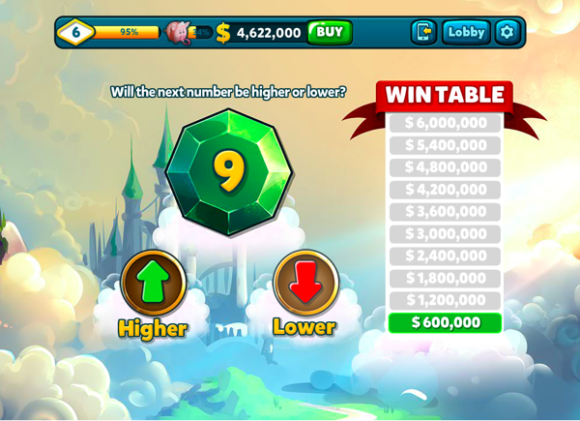 I finally reached one of their bonus rounds!

Vegas Slots™ is one of the best games we have played in a long time. For a newcomer, they hit the nail on the head with a winning formula. The graphics are great, the themes are fun & each spin is filled with surprises. We had our doubts after hearing their bold promises, but they delivered a superb gaming experience. We highly recommend this game to anyone who loves slots & is bored with current games. This is set to be the best 2017 slots release on Facebook. Let’s see if any newcomer can outdo this epic app!