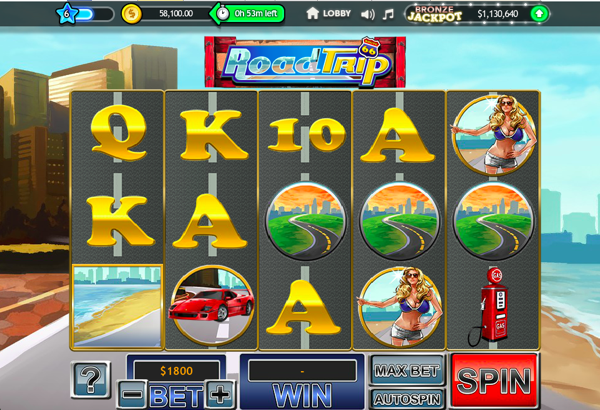 Over the last few years, Lucky Slots has skyrocketed in popularity on Facebook. They have amassed a cult following, generating almost 7 million likes on their page. This enthusiastic acceptance highlights the strong points of this game. According to fans, this game provides fun graphics & action packed games. Ever since its launch in 2011, it has yet to generate a negative review.

While these statistics alone are staggering, we decided to see if it still lives up to the hype. Only after diving deep into the game can we give our stamp of approval. So prepare to be blown away by the most in-depth 2017 review of Lucky Slots! 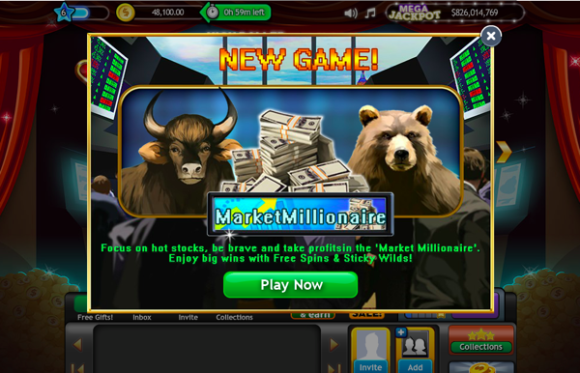 As the game loaded, I was greeted by an ad. A small toolbar at the top advised me that any in-game purchase would get rid of these ads. I had no idea what was in store for me, so I wasn’t about to jump on any purchases. For now I had to endure the ads. Once the game loaded, I as bombarded with ads for low quality games. The graphics were terrible, I thought I had been teleported back into the 90’s.

They didn’t stop, I literally was overwhelmed by over 20 ads. After furiously clicking out of them, I was finally in the lobby. Confronted with 6 choices, I decided to choose Road Trip. All of the games looked rustic, apparently they were going for a retro audience. 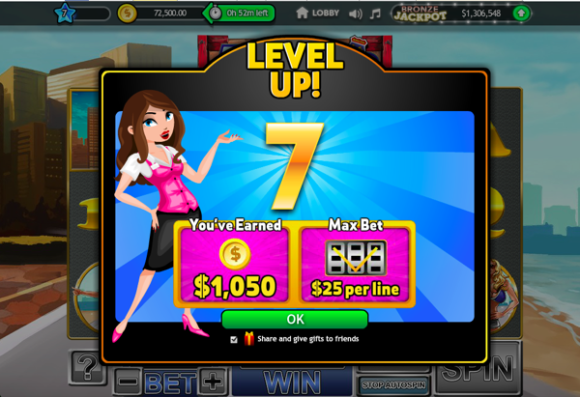 This level up offered a surprisingly small bonus.

After the game loaded, I was pestered with another ad. I breathed deep & closed it. Another ad popped up, & I almost smashed my computer. After clicking out of yet another ad, I was in the game. Road Trip had a lively feel to it. Hot chicks & old corvettes spun like crazy. On one of my spins, I won 15,000 coins! This impressive upset was overshadowed when I leveled up. 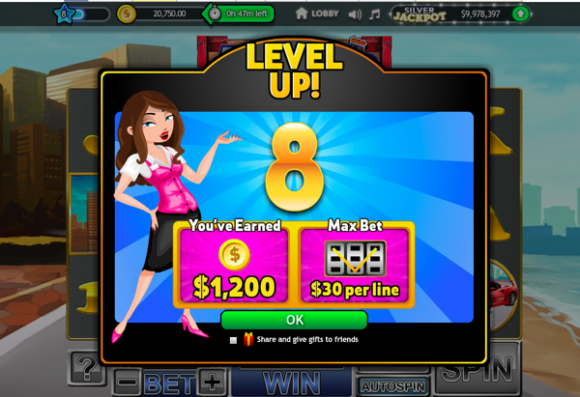 I could now bet more, so I took advantage of this option by raising my bet to $18K a spin. This was a risky move, since I only had 68,000 coins. I wasn’t trying to play it safe, so I decided to go big. After a few spins, I achieved another level up! 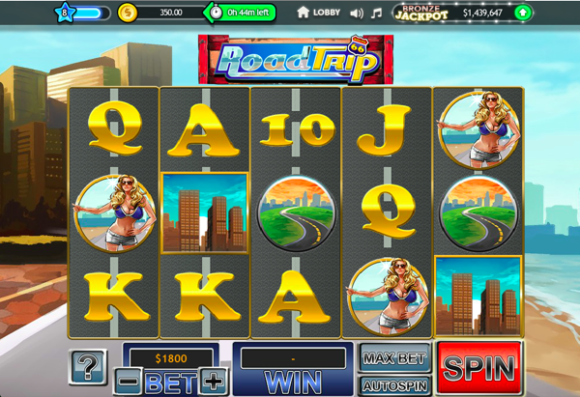 I was running dangerously low on coins…

Even though I was leveling up at a fast pace, their was still a gigantic problem. Every time I leveled up I won a measly $1,200, & each spin cost me $18K. This was draining my credits at an alarming rate, so I decided to slow down. After knocking my bet down to 1,800 I was back in the game. Despite my efforst to scale back, I was soon broke. 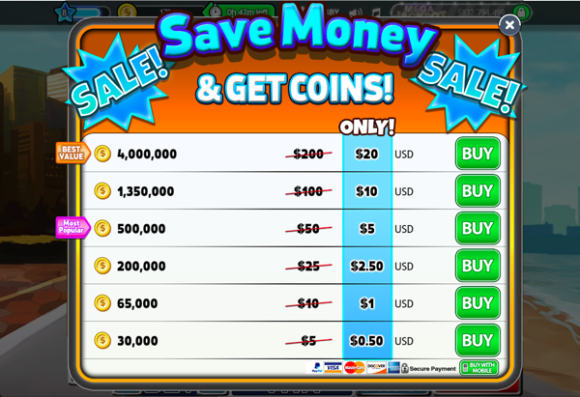 I wasn’t about to buy any of these packages!

With only 350 coins left, I needed a miracle. Fortunately, I was able to lower my bet even further. After lowering it to $180, I had one shot left at making a comeback. The very future of my Lucky Slot career depended on one spin, so I hit the button. Unfortunately, it wasn’t my day. I lost everything, & Lucky Slots frantically swooped in to sell me coins. Completely unimpressed, I quit the game.

Lucky Slots is a retro game that will stir up mixed reactions. For me, the graphics were terrible. To someone who loves nostalgia, they are passable. Unfortunately, this wasn’t the deal breaker. During all my spins, I only won once. The only thing that gave me any hope was the level ups, but they only generate a measly 1,200 coins. To make matters even worse, the game is riddled with ads. Stay away from this game, there are plenty of better options out there!