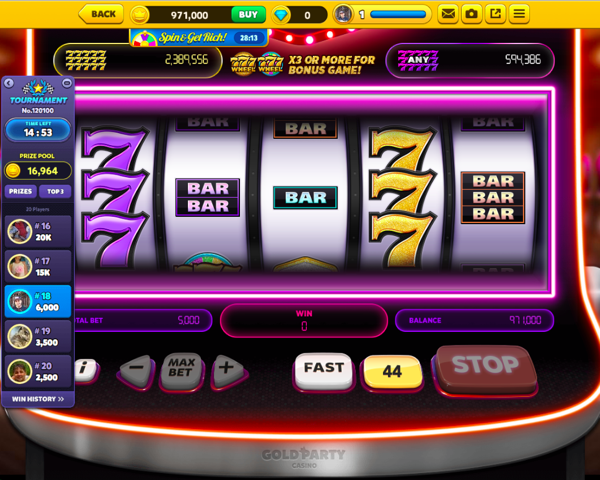 Out of all the new releases on Facebook, Gold Party Casino consistently stands out. In the blink of an eye, they have accumulated over 100,000 enthusiastic players. This epic debut has been attributed to the quality of their slots. It’s also extremely interactive, since users can send & receive free gifts from their friends. This open atmosphere has helped the app take Facebook by storm. The internet is singing its praises, so we had to look into the game. After playing for hours, we were able to create the most in-depth review of Gold Party Casino online. Enjoy the fruits of our investigation with this eye-opening review! 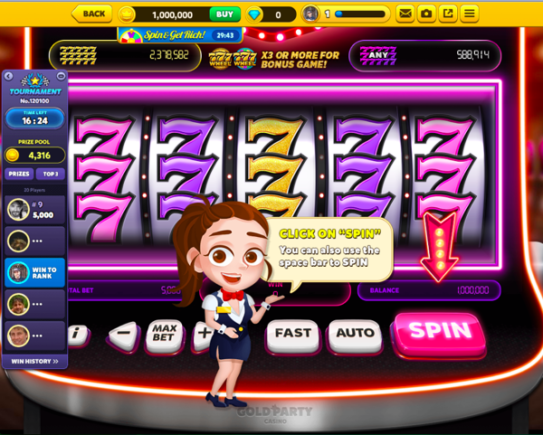 This theme is surprisingly addictive!

When the game finished loading, I was instantly confronted with 3 choices. I was told to select a free spin from a variety of machines, so I ended up choosing Super 777. This threw me headfirst into the game, & I soon found myself in a new level. I had no choice but to start playing, so I hit the reels hard. This slot game has a cartoonish vibe, but it’s still contagious. The graphics are great, so it’s easy to get into the game.

This jackpot allowed my confidence to skyrocket!

Before I knew it, I had leveled up! I was off to a good start, but things were about to get even more exciting. On my next spin, I ended up winning 50,000 credits! This was an impressive feat, so I kept spinning. 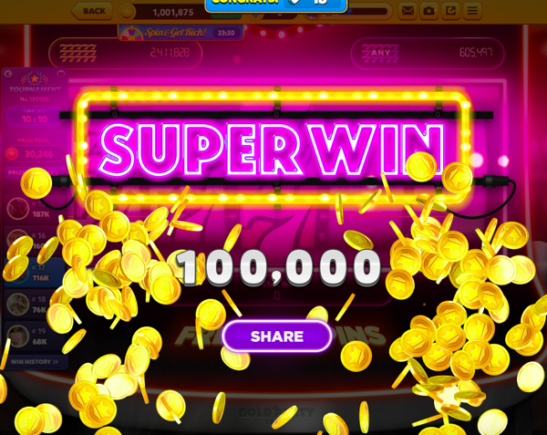 After pulling off that feat, it wasn’t long before I reached another level up. This awarded me 30,000 coins, which was a welcome surprise. I was only betting 5,000 a spin. Once I pushed my luck some more, I was thrown into an interesting bonus game. I was forced to spin the wheel, & landed on a trio of 7’s. This gave me 7 free spins, which turned out to be more lucrative than I imagined. In total I ended up winning over 100 grand! This victory threw me back into the game with a voracious appetite for more coins. 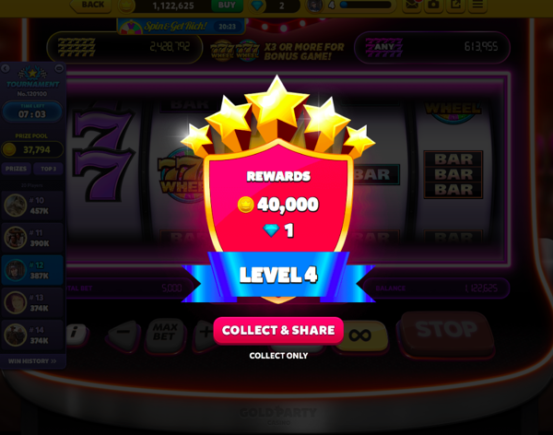 This level up ended up being my last.

As I continued spinning, multiple small jackpots were hit. These ranged from 1,000 to 20,000 coins. They were far from impressive, but they kept me hooked on the game. Before I realized it, I had achieved another level up! This netted me 40,000 coins, which was great since it allowed me to spin 8 times for free. 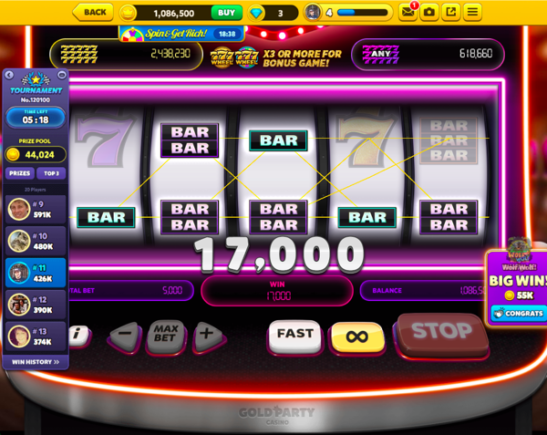 There are too many repetitive features!

The game continued with the same pace, but it lacked surprises. I continued to hit small jackpots, but things started getting repetitive. Even though the level was entertaining, it lacked depth. Once you play for an hour, it seems like you have been on the same machine for a year. I was even thrown into the same bonus game twice, which showcased its lack of variety. This monotony led to me quitting the game.

Gold Party Casino is entertaining for a while, but the story gets old quickly. Their levels feature addictive properties, but lack the depth to keep you playing. It’s a beautiful design, but it needs more variation. This is a shame, since a few tweaks would make this game a classic. Hopefully the developers will give this game a few more surprises to keep it relevant. Gold Party Casino is worth a try, but it won’t instantly become someone’s new favorite.