Home / Questions / What are the seven outstanding tips by PRO John Grochowski to play penny pokies?

What are the seven outstanding tips by PRO John Grochowski to play penny pokies? 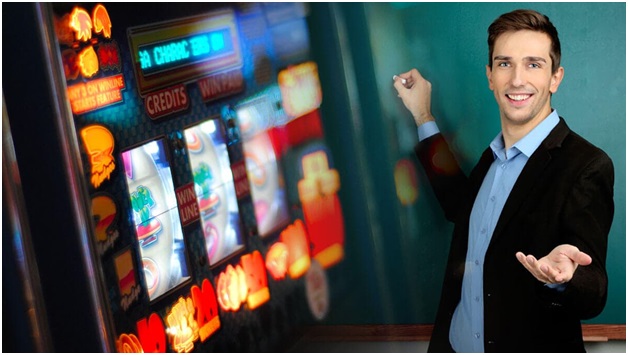 If you love to play Penny pokies, then here are seven outstanding tips by PRO John Grochowski to play penny pokies . For nearly 25 years, John Grochowski has been one of the most prolific gaming writers in the United States. He’s been ranked ninth by GamblingSites among the top 11 gambling experts at Gambling Sites and his Video Poker Answer Book was ranked eighth among the best gambling books of all time. This post was also published at 888 casino.

As you know that when playing penny pokies you need to

The basics of penny pokies are the same as in any other online pokies. They have multiple paylines, bonus events, and random number generators to determine what you see on your screen.

There are differences to fill player needs and expectations.

Penny players need more volatility in the games. A 200-coin win brings $10 on a nickel – 5-cent – slot, which goes a long way toward buying lunch. On penny pokies, 200 coins is a mere $2 that might leave you with some change after buying a bag of potato chips.

To give players wins that are worth their time, penny pokies need to be more volatile than higher denomination games. Big wins at pokies have to be offset by the chance at fast losses to keep payback percentages in balance.

Pokies designers have accomplished that by putting more paylines on penny pokies, by making free spins the main bonus events on most penny pokies, and by incorporating multi-level progressive jackpots on many new games.

What are the seven outstanding tips by PRO John Grochowski to play penny pokies?

1. You need to bet on all available paylines

One common configuration for penny pokies is 40 paylines. Some games have more. Some games, especially older ones, have fewer, with 20- and 30-line games still available. Newer penny games usually require players to bet on all lines, so that on a 40-line game the minimum bet is 40 cents.

But some games give players the option of choosing a number of paylines as well as a number of coins to wager per line.  It’s possible to bet one line at a penny a spin on such games. But unless your goal is to risk a minimum amount of money while watching the wheels spin with rare wins, one-line play is not the way to go.

Penny pokies already are designed with high volatility in mind. Betting fewer lines takes the volatility to the extreme. Betting only one line eliminates the chance of winning on multiple lines at once. You’ll win only if matching symbols line up down the middle line.

The result is many fewer winnings spins and an extremely volatile game that few players find fun to play.

Also on some games, advancing to a bonus event requires trigger symbols to line up on an active payline. If you’re betting on only one line, you’ll miss out on bonus fun and profit.

2. Know the bonus round  before you play

All you need is to touch the screen to call up a penny pokies pay table or help menu. Page through and find out all you can about the bonus events. Nearly all penny pokies include free spin bonuses. Some also have pick-a-prize bonuses, in which you touch icons on the screens to collect bonuses.

Look for how those rounds are launched. Do you need to land matching bonus symbols? Can they be anywhere on the screen, or must they be on the same payline. You also might want to check how many spins the free spin round brings and whether there are special features such as extra wild symbols during free spins or more high-paying symbols.

More free spins give you extra chances to win without betting extra money. Adding high-paying symbols while eliminating low payers such as A, K, Q, J and 10 means you have a better chance at bigger winners. There’s a risk in free-spin bonuses that you won’t win any credits at all. That’s needed to offset big wins. Pick’em bonuses usually guarantee you’ll win something, but also usually have lower maximum awards than free spins.

3. Decide if you want the increased volatility

Increasingly popular on penny pokies, stacked symbols add an extra element of volatility. With stacked symbols, a reel contains several of the same symbol in a row. It’s possible for a stacked symbol to fill a whole column. When you have matching stacked symbols on every reel, that’s when you really have something. On a 40-line game, you get the same payoff 40 times over.

4. Make the bets required to be eligible for the jackpots

Many penny pokies include multilevel jackpots with labels such as mini, minor, major and grand, or bronze, silver, gold and platinum. Jackpots can be as low as a few dollars at the lowest level, and can run into the thousands of dollars at the top level.

The mini jackpots occur often. If you play penny progressives very often, you’ll hit your share of minis. They’re designed to keep you in credits for play. Each level up is a little less common than the one below.

Some penny progressives make all players eligible for the jackpots. Those who bet more have a better chance at winning a jackpot, but even if you’re betting only one coin per line, you have a chance.

Usually, one of the buttons will say, “40 lines + feature” or something similar, signifying that part of your bet make you jackpot-eligible.

The base game of progressive pokies usually pays less than non-progressives of similar types. The difference is made upon the jackpots. Don’t settle for lower payback percentages by playing progressives without being jackpot eligible. If a jackpot bet is required, either make it or move to a non-progressive game.

5. Don’t stick to penny pokie if you think is due

Pokies are never due. The odds of winning are the same on every spin, regardless of what has happened on previous spins. If your pokie has been on a cold streak, that tells you only that it has been cold. It doesn’t tell you anything about what results are likely to be if you keep playing.

The same thing is true if a machine has been on a hot streak. That tells us nothing about whether it will be hot or cold in the near future. The numbers that translate into pokies images are determined by a random number generator. Results are as random as humans can program a computer to be.

6. Always set a bankroll to play

As in any casino game, you should never gamble with money you can’t afford to lose. Also in penny slots, there’s a mental hurdle to overcome: It’s easy to risk more money than you think you are.

The name “penny pokies” suggests inexpensive play. On a per play basis, risking 40 cents on penny pokies is a lot less expensive than $5 a hand on a low-minimum blackjack table.

Penny pokies players need to understand there will be times they go through several $20 bills without winning much at all.  If you’re going to play, you need to budget accordingly. There will be winning times, but when the wins don’t come, if you haven’t budgeted $100 or more, you might not last an hour.

7. Try a system of floating win goals and loss limits

Imagine you’ve brought $100 with you to an offline casino or loaded $100 in credits online, and don’t want to dig any deeper for money to play.  At the same time, if you have some nice-sized wins, you want to make sure you leave with at least part of your money. One way to accomplish that is to set an initial limit of $100 in losses. If you reach that, you’re done for the day. Log off the online casino or leave the offline place, and choose another activity. At the same time, set an initial win goal of $20

If at any time, you’re $20 ahead, then you adjust your goals. You raise your loss floor from $100 to $80, so that you’ll bring home at least $20 no matter what. In an offline casino, you can even fold up $20 and stash it away, not to be touched for the rest of your casino stay.

At the same time, you let your win goal float up to $40. Then, if you reach a $40 profit level, you again raise your loss limit to $60, meaning if your bankroll dwindles to $40, you leave, no matter what. And you set a new win goal.

You don’t have to stay until you reach your loss limit. If you decide you’re a few dollars ahead and want to keep it that way, you can leave. Or if you decide $50 in losses is enough for the day, you can cut it short any time you want.

But the goal when the wins come is to make sure you don’t lose them all back, and one way is to keep adjusting your loss limits and putting more and more of your stake away for the day.

Finally, remember that Penny pokies are not a big money-making opportunity. The house has an edge on the games, and you can’t change that. So play the games you enjoy. Keep track of your bankroll and stay within your limits, and have fun.