Home / Questions / How to maximize your real money pokies payouts?

How to maximize your real money pokies payouts? 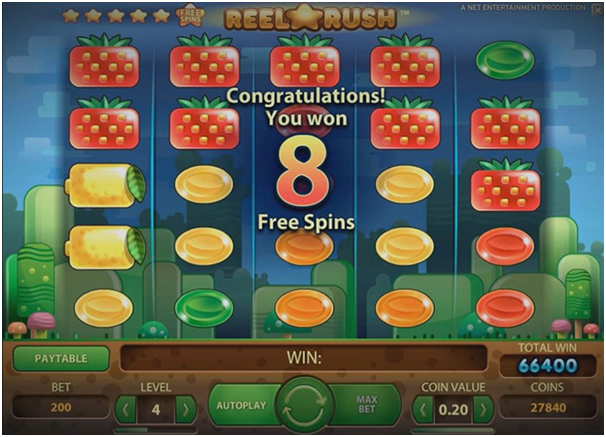 Everybody wants to win pokies, right. But is there a way to get most out of it and have a sure shot wins. Sadly no, the reason being pokies machines are games of chance like a lottery game where there is  no skill involved to play and have approach to straight away wins. Also there is no method of play that will make them pay more than they’re designed to pay.

With that in mind, maximizing pokies payouts comes down to choice of pokies games to play and making the wagers necessary to get the most they have to offer. So does the answer to this question as how to maximize your real money pokies payouts is as follows:

Know the coin value of the pokies 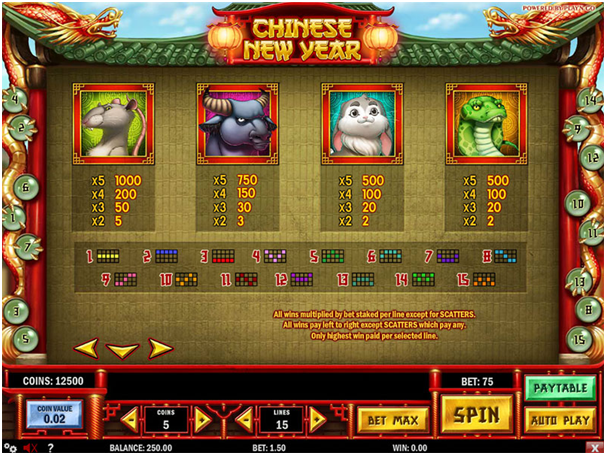 On video pokies one land or online casino can pay far above the national average on both penny non-progressives and on five-cent games. But the normal pattern holds in that the higher denomination pokies  pay a greater percentage back to players than the lower denomination games.

So this shows that playing higher-denomination pokies usually will put you at higher-paying machines.

But one thing to note is that if you bet one coin per line on a 20-line video pokie, you’re betting 20 cents on a penny pokie, but $1 on five-cent pokies. That difference in wager size means you can lose more money even while getting a higher payback percentage. If the 1-cent pokies returns 87 percent and the 5-cent game returns 90 percent, then your loss per 20-coin wager is 2.6 cents on the 1-cent game, and 10 cents on the 5-cent game.

The best advice by experts is that if higher-denomination real money pokies fit within your gaming budget, they can maximize payback and give you a better shot to win. But if they’d stretch your budget, it’s better to stay low. Never bet money you can’t afford to lose is the ultimate expert advise to play real money pokies. 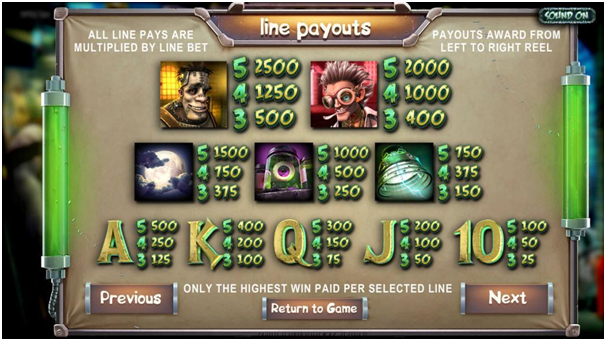 On many pokies machines, including nearly all games with three mechanical reels, you get a higher payback percentage if you bet the maximum number of coins the game allows. Note that you maximize return when you bet the max, but you also have more money at risk and can have larger losses. Therefore don’t overbet your bankroll. The situation is different on five-reel video pokies. Paybacks are proportional to coins wagered per payline on these games, with no jackpot jump for betting the max.

It is simplified from the pay tables you actually see in casinos, which use more character symbols and also often use generic symbols such as A-K-Q-J-10. Many video pokies  also include more than one bonus event.

Also there are many more possible winning combinations than on the three-reel pokies.  Even two in a row of the top-paying symbol brings some payoff. Suppose a pokies game with 20 paylines and a five-coin maximum bet per line would have a maximum total bet of 100 coins. Games you’ll find in casinos often have much higher maximum bets, such as 20 coins per line on a 20-line game, or 10 coins per line on a 40-line game, for a total of 400 coins. But if the pay table is proportional from to bottom, so there is no advantage to betting maximum coins. You’ll get the same payback percentage regardless of whether you bet one coin per line or five. 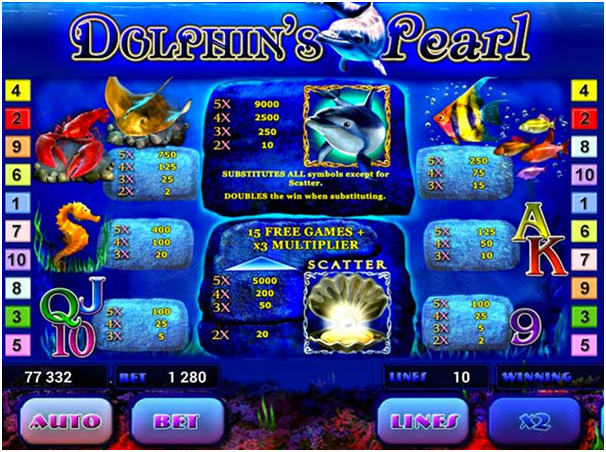 Also if there is no pay table incentive to wager maximum coins per line in a pokie game then it might be to your advantage to make sure you bet on every payline because on some machines, the bonus symbols must land on an active payline for you to be eligible for the free spins, wheel spin, pick-a-symbol round or whatever other special event has been designed into the game.

Suppose you decide to bet a single coin. That activates only the center payline. You go to the bonus event if three bonus symbols land on the center line. On most video pokies, they don’t have to be on consecutive reels, from left to right, as most paying symbols do. You’ll go to the bonus even if the symbols are in the center of reels 2, 3 and 5, or 1, 2 and 4, or any other combination.

However, if the reels land on any line you have not activated, you do not go to the bonus. Time spent in bonus events is time you spend building credits without making extra wagers, so you want to maximize your chances of going to the bonuses.

Thus to maximize payouts, make sure you’re eligible for the bonuses offered. As some latest pokies games avoid the issue by eliminating the option to play fewer paylines than available. A 40-line game might have buttons labeled “Bet 40,” “Bet 80,” “Bet 120,” “Bet 160,” and “Bet 200,” giving you options to bet one, two, three, four or five credits per line, but no chance to play only one line. In the pokies industry, these are called “forced bet” machines.

Read the help menu to understand the pokies game 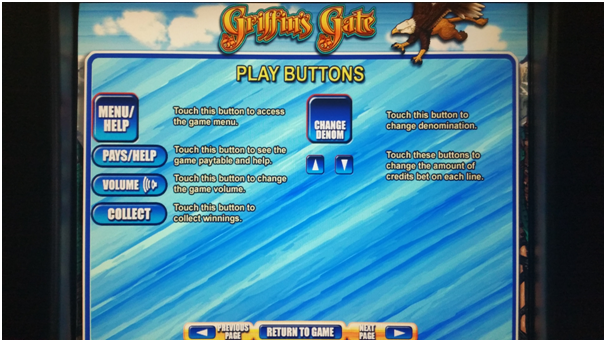 It is advised that you read the help menu in pokies games when playing it for real money. Suppose you play on a three reel pokies where each coin you wager unlocks a set of symbols, if you wager only one coin and line up three 7s, you don’t hit the jackpot, you get nothing. It’s just a losing spin. On such a machine, you maximize payouts by betting the max to such an extent that you should never play if you’re not prepared to make the maximum wager.

On many video pokies machines with progressive jackpots, especially those with two, three, four or more levels of progressive, you must make a separate wager to be eligible for the jackpots.

Sometimes the button panel includes a separate button that includes covering all the paylines plus jackpot eligibility. Often it’s large and round and oval, to stand out from the small, square buttons for the usual choices of how many paylines to play and how many coins to wager per line.

The amount required for jackpot eligibility varies in different machines. It’s not unusual to see 10, 15 or 20-credit bets for the jackpot. On a game with a 10-credit jackpot bet, if you cover 20 paylines at 1 credit per line and make the jackpot bet, your total wager is 30 credits.

If you bet five credits per line, you’re betting 100 credits in the main game and 10 on the jackpot for a total wager of 110 credits. 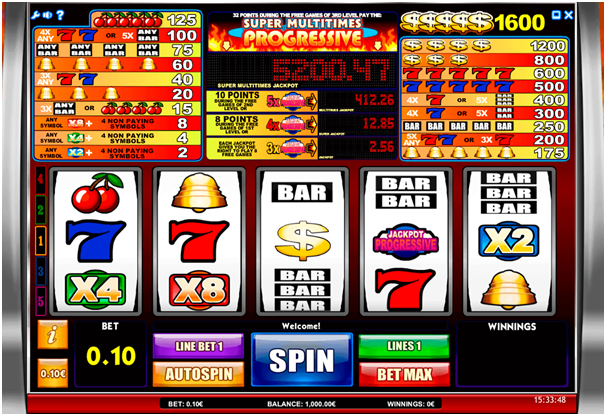 The progressive jackpots are the prime attraction of real money pokies games. You maximize your return by making the jackpot bet. If you do not want to make the jackpot bet, you’re better off to choose a different game.

Some players like to attempt to maximize their returns by doing some research on machines with progressive jackpots. To do their research, they’ll visit casinos and note the starting points for progressive jackpots, and try to find out when they hit. Such charting requires frequent visits, and often requires asking pokies attendants that how much jackpot was hit. Such games build a data base that might look like this:

More data collected over longer time in such research is better. From that, gamers determine that while jackpots sometimes hit at a little more than the starting point and sometimes exceed $10,000, they most often hit between about $7,400 and $8,700.

Based on that information, they don’t play unless the jackpot exceeds $7,400. But actual jackpot amounts and average payout will differ from game to game and casino to casino. Because such players do not bet when the jackpots are low, they always are playing at relatively high pay tables. That maximizes their payback percentage.

Note that betting when the jackpot is high doesn’t increase your chances of hitting the jackpot, it just makes the average payout higher when you do win. Just as in any other method of maximizing payouts. Finally it is advised to stay within your bankroll, do not bet money you can’t afford to lose, and play that real money pokies that fit your budget.