Home / Questions / Does Hot Shot Casino Slots Live Up to the Hype?

Does Hot Shot Casino Slots Live Up to the Hype?

When Facebook announced their games of the year, Hot Shot Casino Slots topped the list. They have consistently stolen the show amongst gamers, generating 500,000 daily users. This wildly successful app was developed by the same creators as Gold Fish Casino. Allegedly it provides an incredibly authentic experience by using real world franchises. By leveraging our most beloved brands, they have managed to build a cult following. Curious to see if the game lived up to the hype, I decided to give this notorious slot game a try. 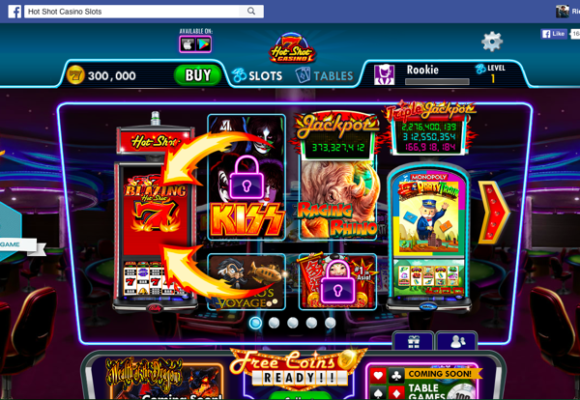 When I joined the game I was instantly greeted with a $300,000 bonus! Motivated by this welcome surprise I headed toward the main menu. There I had four games to choose from. After a quick deliberation I went with Raging Rhino. 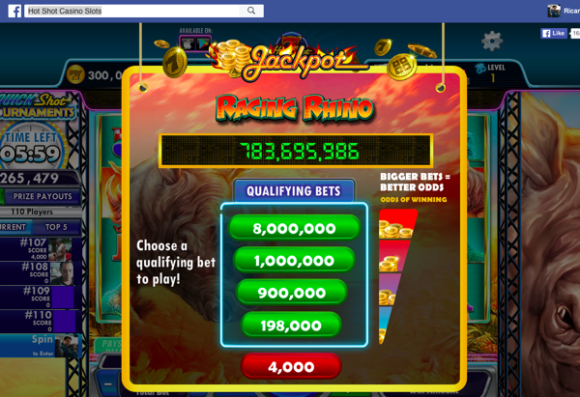 The qualifying bets were daunting to tackle.

Before the game loaded I had to choose a qualifying bet. Since my budget was limited I went with $198,000. It was the cheapest option to qualify. But after one spin I learned my lesson & changed my bet to $4,000. 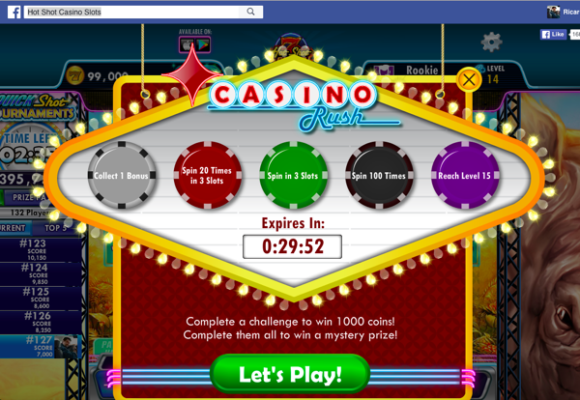 I was surprised at how quickly I leveled up!

After a few spins, I leveled up! I set the spinning on auto pilot & quickly leveled up again. 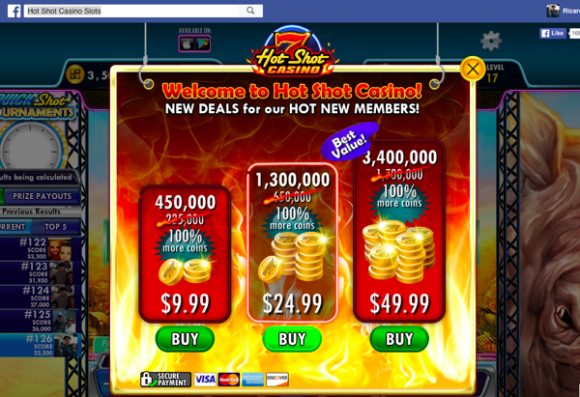 In the end I was stuck with this.

After I had achieved multiple level ups, I realized that I had a big problem. While I was soaring through the ranks, my money was dwindling rapidly. It was easy to level up, but next to impossible to win money. Once I ran out of cash Hot Shot Casino Slots was delighted to offer me a purchasing plan. I politely refused & exited the game.

Hot Shot Casino is a tantalizing way to accidentally end up spending real cash. Even though I have to admit that their games that are enticing to play, something’s off. It seems to be a well developed way to trick compulsive gamblers into spending real money for their fake money. The payout rates are nothing short of disturbing. While leveling up is easy, actually winning money back never comes to fruition. All the while Hot Shot Casino is cheering you on with never ending level ups. This boosts your confidence & sends you full throttle at spending the credit they give you. Even when you place a “minimum” bet you are still painfully short of what you need to survive playing for more than 30 minutes.

This is the true beauty of psychology. The normal player will take his losses & quit playing the game once they run out of credit. But Hot Shot Casino Slots isn’t preying on normal players. They have their eyes set on the addictive gambler. That’s because their well developed games have the potential to suck in a compulsive player hook line & sinker. How they made it on Facebook’s gaming list, we will never know. The only thing that’s certain is that they have thousands of people investing their hard earned money in them. No wonder the games are so well developed. Apparently if you are going to use real corporate names, you have to lack business ethics.