Home / Pokies / What Are The Hyper Hold Pokies To Play At Online Casinos?

What Are The Hyper Hold Pokies To Play At Online Casinos? 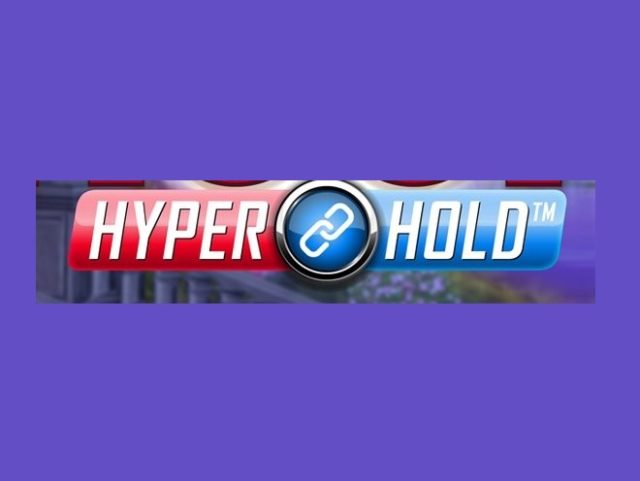 Hyper Hold Pokies is a new feature in pokies games developed by Microgaming. The hold feature where players were often given a chance to hold specific reels while spinning the others is quite common and popular. Also the players were satisfied as the hold feature gave them a higher chance of playing in a win. But hold feature is now a thing of the past which was found at land casinos. Since the internet online casinos stepped in hold feature almost disappeared.

The Hyper hold feature doesn’t allow players to hold reels all the time but it is a part of a bonus feature. If three or more Gold coins land in view then the gameplay changes to a grid. Players are then faced with a fixed jackpot amount on each reel and they have to try to fill up the reels to win the jackpots. As coins spin into view they are held in place.

What are the Hyper Hold Pokies to play At online casinos?

Adventures of Doubloon Island is a five-reel, three-row video slot that benefits from 20 fixed paylines. So, it is a quite usual reel formation, followed by common rules of the game. The Microgaming product pays left to right, starting from the leftmost reel. Three of a kind is the minimum for landing payouts. Players can bet from $0.50 to $50 per single spin. Activate the Win Booster, and the four fixed jackpots will get bigger, but it also increases the wager, up to $75.

The Red Captain and the Violet Captain are leading the group of high-paying symbols, followed by the Parrot and Swords. Card suits act as low-paying icons. The Treasure Chest is the Scatter that triggers free spins, while the Female Captain acts as a Wild. Doubloons and Skull Doubloons trigger the HyperHold feature.

The Female Captain Wild has the ability to expand and cover an entire reel, if there is a possibility to form a winning combination. As for the Free Spins feature, it is triggered when three or more Treasure Chest Scatters are landed on the reels. Gamers can trigger 10, 15, or 20 free spins by landing 3, 4, or 5 Scatters.

In this Hyper Hold pokies you can battle for four fixed jackpots, and win the Mega Jackpot of 2,000x bet.

With 5 reels with  25 paylines you can choose bets ranging from 0.10 to 100 coins and get spinning.  The RTP (return to player) of 6 Tokens of Gold is 96.2%. It is a medium volatility slot, you can land a good mix of larger and smaller wins.

In 6 Tokens of Gold, the game takes its design inspiration from classic fruit machines. You’ll encounter all of the traditional symbols like 7s, cherries, lemons and horseshoes. The 7 and the wild are the most generous symbols in the game, offering top prizes of 20x your stake.

The Hyperhold Feature is triggered when you land six or more coin symbols in the base game or free spins round (hence the name 6 Tokens of Gold). It is a Money Train-style bonus where you start out with 3 spins and the counter resets every time you land a new coin symbol.

Each coin symbol that lands will have a multiplier, mini jackpot of mega jackpot prize. Then, once the round is over, the total of all the tokens is added up.

When you land three scatters, you’ll trigger the free spins round. Here, you’ll get 5 free spins. During this bonus, the middle three reels are merged into one which only shows colossal symbols. What were singular symbols now count as 9 symbols, so you can cash in on some impressive payouts here.

You can trigger the free spins round with 3 additional spins by landing three more scatters during the bonus.

This pokies also uses the Hyper hold game engine. The Basketball Star on Fire RTP is 96.12%. The volatility is in the medium to high range. With the bigger wins coming from the fixed jackpots, the most you can win from a single spin is 2,500 x your total stake.

The Basketball Star on Fire pokies is played using a 5 reel, 3 row, 25 payline. Landing 3 or more matching symbols on a payline from left to right, starting from reel 1 will get you a winning combination and a payout.

Stake levels range from 50p and rise to $100 per spin. There’s an autoplay option available which allows you to run between 10 and 100 autospins if required.

With a basketball theme, the cartoon style visuals in the Basketball Star on Fire pokies is very similar to the original Basketball Star pokies. The reels are set against a backdrop of a basketball arena which you’ll see in an NBA game. You’ll see a shiny hardwood court, hoops and a bustling crowd in the background.

On the reels are a whistle, chalkboard, drinks, hi-top sneakers and gold medals. There are also 4 symbols featuring players in an assortment of poses. The one with the red jersey pays 0.2, 0.4 or 0.8 x stake for 3, 4 or 5 in combination.

The Basketball Star on Fire logo is the wild and  can appear on all 5 reels and substitute for all the standard symbols. Land 3, 4 or 5 of them across a payline  and you’ll receive a payout of 0.6, 2 or 10 x your total stake. There’s also a wild coin symbol that can appear in the free spins and the HyperHold feature. Rounding out the symbols is the basketball which is the scatter.

This sporty-themed slot comes with a couple of top bonus feature. There are free spins complete with a stacked wild as well as the HyperHold feature which is a streak respin game.

Landing 6 or more coin symbols on the same spin triggers the HyperHold feature. Those triggering coin symbols lock in place and 3 respins are awarded. If a new coin lands it too is held and the respins tally reset to 3.

Each coin comes with a cash value attached. You could also see Mini, Minor, Major or Mega Coin symbols. These are worth 15, 20, 50 or 100 x your total stake. When you’ve used up all of the respins, the value of the coins, including any jackpots, is added together for your total prize.

If you manage to fill every position on the reels with the coins you’ll win the standard coin prizes with a special extra on top. This is the Grand Jackpot which is worth 1,000 x your total stake.

Landing 6 or more coin symbols on the same spin triggers the HyperHold feature. Those triggering coin symbols lock in place and 3 respins are awarded. If a new coin lands it too is held and the respins tally reset to 3.

Each coin comes with a cash value attached. You could also see Mini, Minor, Major or Mega Coin symbols. These are worth 15, 20, 50 or 100 x your total stake. When you’ve used up all of the respins, the value of the coins, including any jackpots, is added together for your total prize.

If you manage to fill every position on the reels with the coins you’ll win the standard coin prizes with a special extra on top. This is the Grand Jackpot which is worth 1,000 x your total stake.

Assassin Moon Hyper hold pokies from Microgaming was released in 2020. Here you meet Luna a mysterious assassin in this spy theme pokies. This pokies games has 5 reels with 25 paylines. The pokies benefits from the Hyper Hold feature awarding four jackpots and the free spins feature with the three central reels containing colossal symbols. This is a highly volatile pokies with 96.08% RTP where you can win up to 12,500x the bet in a single spin.

The Moon Assassin slot takes you to Monte Carlo with the reels set against a luxurious private villa. The graphics are well done, while an uplifting music score will keep you engaged as you spin the reels. The man with a target across his face, sportscar, a Martini with playing cards and dice pay high-value prizes. Playing card royals make up the lower ends of the paytable. The protagonist of the pokies, Luna, assumes the role of Wild. There is also the full moon symbol and the casino chip representing Scatter.

To play the game, you can wager between $0.10 and $20 per spin. Just pick the total bet value that suits you best and push the Spin button. The Autoplay feature is included, allowing you to play up to 100 automatic spins. Landing 3 or more symbols of a kind will result in a win.

As said above this pokies has Hyper Hold feature. When you land 6 or more full moon icon you trigger the HyperHold feature. The triggering symbols remain in their positions and you are granted 3 respins. Whenever a new full moon icon hits the reels, 3 respins will be added to your tally. These symbols come with cash prizes of between 1.5x and 20 x the stake, but they can also award a Mini, Minor or Major Jackpot. When the feature is over, all cash prizes are added together and paid out. To win the Mega Jackpot worth 5,000x the bet, you need to fill the entire grid with Hyper Hold symbols.

The game also offers the Win Booster feature that can help you trigger the Hyper Hold feature. For 2.5x the selected stake, extra full moon symbols will be added to the reels.

There is also the free spins feature unlocked by landing 3 Scatters on the three central reels. You are granted a 1x the bet plus 10 free games with reels 2, 3 and 4 combining and creating a massive 3×3 jumbo block consisting of 9 icons. If the jumbo block consists of Scatters, you will retrigger the feature.

You can play Hyper hold pokies at online casinos like Rich Casino, 7 Reels Casino, Winward Casino and others.