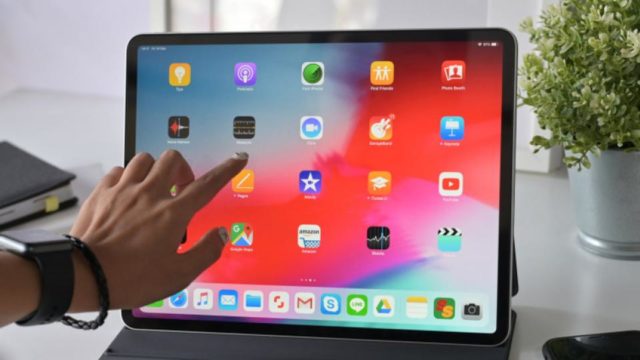 As online gambling reaches new heights, tablets remain at the forefront of this gaming revolution. In the last seven years, the online gambling industry has exploded in popularity. This booming sector exceeded $50 billion in 2017, and is set to reach new heights in 2019. While this bonanza is advantageous for online casinos, it’s also transforming the way punters indulge in pokies. Now that casino games can be enjoyed anywhere, tablets are quickly becoming becoming the most favored devices.

Instead of confining themselves to mobile phone displays, every year more punters are switching to tablets. These devices allow users to comfortably enjoy their favorite pokies games while staying on the go. Currently over 1.28 billion people use tablets, which fuels over 152 million tablet sales each year. When it comes to tablets, two companies are pioneering the industry. While Apple dominates the tablet market, they face fierce competition from Samsung. Both companies produce impressive products, which makes choosing the best tablet a surprisingly daunting task.

Even though there’s no shortage of quality tablets to play pokies on, a few models steal the show. Through their high end specs and vibrant displays, these devices provide a superior gaming experience for punters. The standard for tablets is continuously being raised by new releases, which is why conducting some research is essential. To showcase what’s available, we compiled a list of the best tablets for punters in 2019. These tablets take online pokies to the next level, so discover which device is worth betting on!

Top Tablets to Play Pokies On

Tablet #3: Samsung Galaxy Tab S4 – For those who prefer Android, this is the tablet to rally behind. Boasting potent internal hardware and a vibrant 10.5-inch screen, the Tab S4 is easily the best Android tablet on the market. It runs on Android 8.1 Oreo and is powered by a Qualcomm Snapdragon 835 processor. Users get to choose between 4GB & 6GB RAM as well as 64 to 256GB of internal storage. All versions are equipped with a 13MP rear camera, 8MP front camera, S Pen stylus and a surprisingly powerful sound system. Punters will be hard pressed to find a better tablet for this price, so take advantage of Samsung’s best tablet!

Tablet #2: Apple iPad Air 2019 – When it comes to price and performance, no tablet maintains a balance better than the iPad Air. Even though its technically the iPad Air 3, this device is better described as a second generation 10.5-inch iPad Pro. Sitting in the middle of Apple’s tablet lineup, this device provides a solid introduction for first-time tablet users. Punters get to take advantage of Apple’s A12 Bionic CPU, 3GB of RAM and 64 to 256GB internal storage. This device is also compatible with keyboards and Apple Pencil support, which provides multiple ways for users to express themselves. This is the ideal first tablet to purchase from Apple, since it provides quality specs at an affordable price.

Tablet #1: Apple iPad Pro 12.9 (2018) – Once punters fully commit to using a tablet, this device becomes a logical next investment. Between its 12.9-inch screen to Apple A12X Bionic CPU, everything about this tablet is larger than life. The internal storage options go up to 1TB, and the 9,720 mAh battery provides hours of high quality entertainment. The best part is, this tablet is powerful enough to continue evolving. As Apple provides more updates, the iPad Pro will become even more capable. This is easily the best tablet on the market, which makes it the ideal place to indulge in high quality pokies!