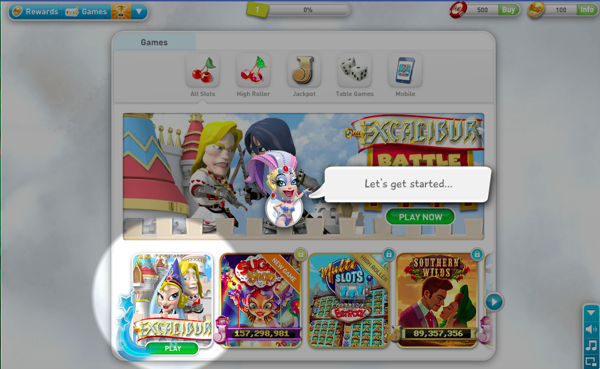 Out of all the free slot games on Facebook, only myVEGAS Slots offers real life prizes. While you can’t strike it rich, you can still win coupons & real life prizes to attractions in Las Vegas. The sheer amount of companies participating in this innovative game makes it more than tempting. The list includes big names such as MGM Grand, Bellagio, Cirque du Soleil & House of Blues. Throw in the fact that you can win meals, hotel stays, shows & VIP nightclub access & you have a game worth playing! We decided to put this game to the test, so enjoy the most indepth review of myVEGAS Slots online. 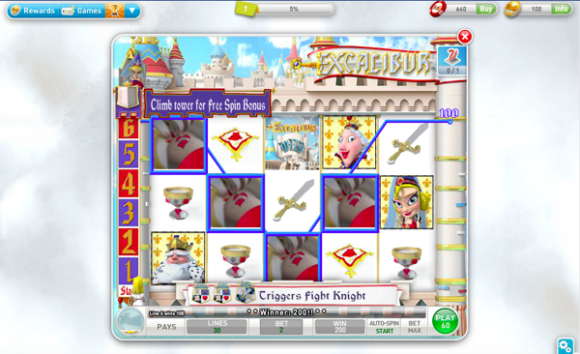 Excalibur was bursting at the seams with bonuses!

As the game loaded, I was ushered into a medieval game called Excaliber. Armed with 500 credits, I was ready to take on the entire kingdom. The graphics were great, they brought a whole slew of characters to life. 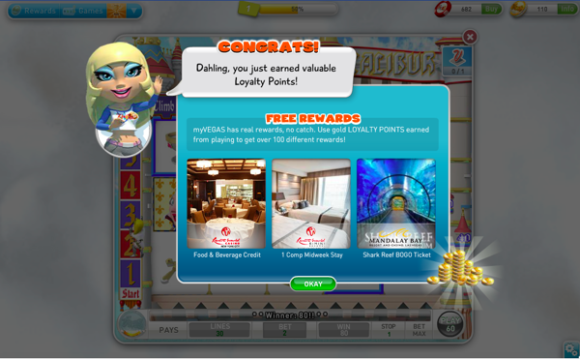 These prizes are at your fingertips.

After a few spins, I was alerted that I had won loyalty points. These could be used for food & beverage credit, hotel rooms or tickets to an underwater shark reef aquarium! 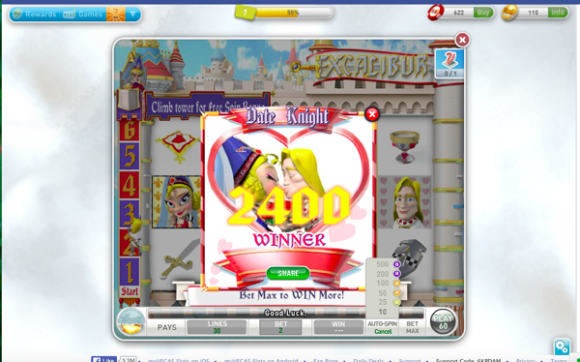 Inspired by the possibility of these epic prizes, I continued playing. After a few spins, I was confronted with a choice. The prince was quarting the princess, & I had to pick between a bouquet & a gift box. I was feeling romantic so I picked the bouquet. This heroic move won me 2400 points! 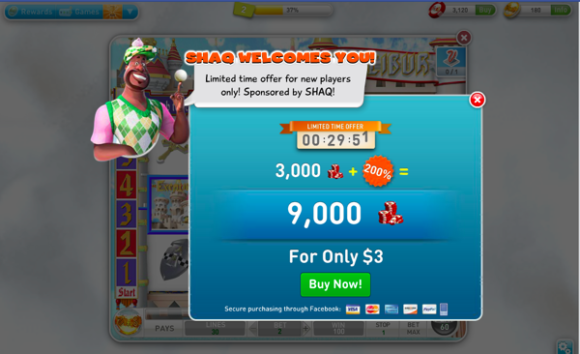 Even Shaq was getting in the mix.

After many spins I ended up leveling up! This achievement allowed me to bet 5 more per line. I gladly accepted those odds. Once I kept spinning furiously, myVEGAS Slots made me an interesting offer. Apparently Shaq was part of a new promotion where I could buy 9,000 chips for $3. Even though this was an intriguing marketing ploy, I decided to try my luck. I had over 3,000 chips, so I was in no hurry to buy more. 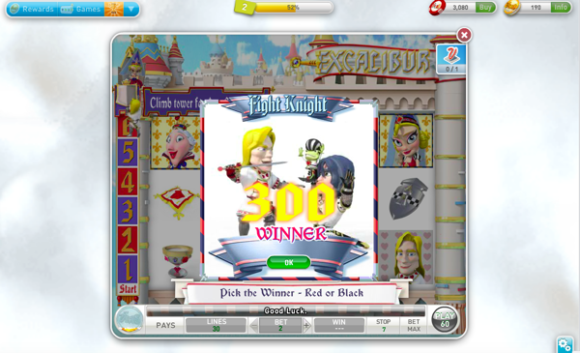 As the game went on I was confronted with an interesting challenge. I was told to pick a knight. I ended up picking up the knight of hearts. They briefly fought & my knight won, so I ended up collecting 300 extra chips! 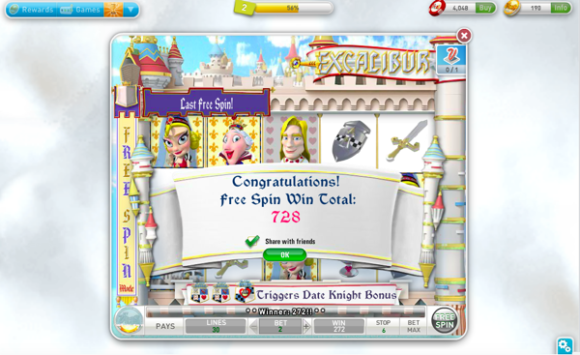 The free spins paid off!

As if that wasn’t good enough, I also won 7 free spins! Apparently the knight was steadily climbing the tower on the side as I was playing. Once he reached the top & kissed the princess I was eligible for the free spins. In total the free spins netted me 728 chips! 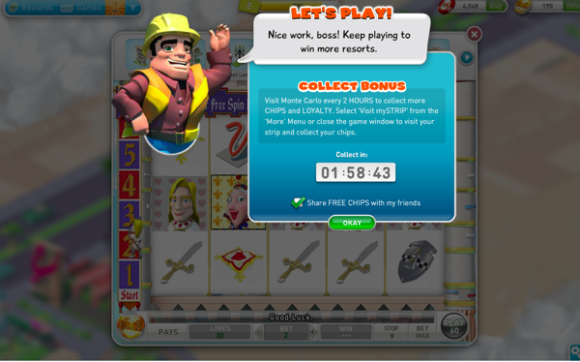 After playing more I was invited to build the Monte Carlo for 100 chips. Intrigued by this new development, I gladly accepted the offer. Once the building was built, I was told that I could return every two hours for more chips & loyalty points. Things were heating up! 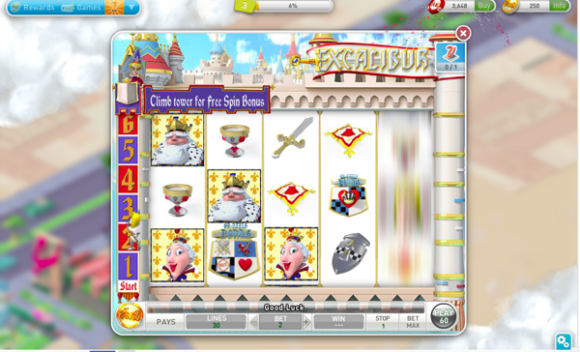 This game was almost impossible to quit!

I kept playing for over an hour. After achieving multiple level ups & engaging in more bonus games I had to peel myself away from the screen.

MyVEGAS Slots is an incredibly enjoyable game to play. It’s absolutely packed with bonus features & fun filled storylines. The graphics are stunning, & you will find yourself playing it for hours. The best part is you have the ability to accumulate real loyalty points that you can use on your next trip to Vegas! This is by far the best slot game that we have reviewed so far. Don’t miss the action, sign up to myVEGAS slots today!