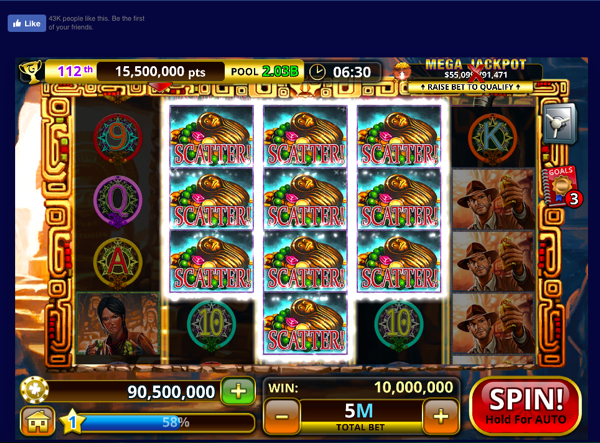 Out of all the new casino games, Fast Fortune Slots has stolen the show. Their fans swear that they managed to create a slots platform that stands out from the rest. Allegedly they provide users with a hedonistic environment that comes alive with creative themes. Even though they aren’t the first game to tackle the wide world of slots, their fans clam it’s the most unique. This creative approach has won them 50,000 monthly players and 43,536 page likes.

It’s impossible to deny the standing ovation that Fast Fortune Slots received. Their games are causing a frenzy in the community, so we decided to investigate. After diving into Fast Fortune Slots, we figured out if it lived up to the hype. It was an interesting experience, so prepare to be blown away by this review! 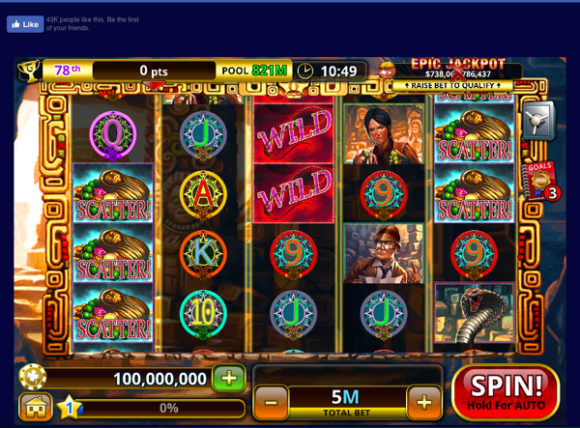 This theme had a slew of eye catching icons.

As soon as the game loaded, I was thrown into a bustling lobby. A massive jackpot was steadily increasing, so I was desperate to get a piece of the action. There were a slew of games to choose from, which made picking the right one surprisingly challenging. From Rabbits Tales to Judge Jenny, there was no shortage of interesting themes. In the end I picked Temple Treasure, and was instantly thrown into a wild game. It seemed to be based around Indiana Jones, since wild cobras and gold dominated the reels. 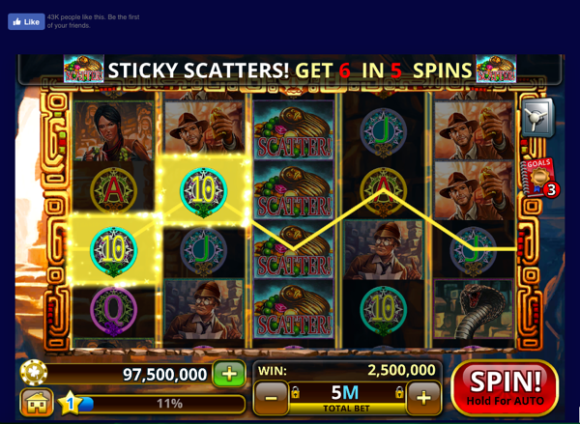 Seeing that the hunt for treasure was on, my inner explorer started spinning. Armed with 100,000,000 credits, betting 5 million credits per spin seemed appropriate. Throwing caution to the wind, I started spinning wildly. The first attempt won me a sticky scatter, which blessed me with 6 in 5 spins. I had no idea what this entailed, but I kept spinning. Most of these spins netted me wins that ranged for 2 to 10 million credits. 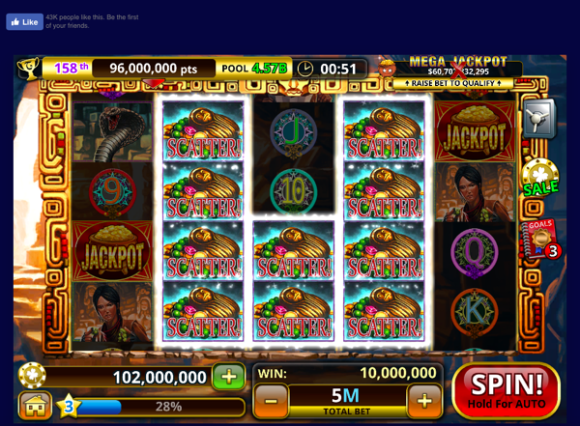 These levels were blending together. 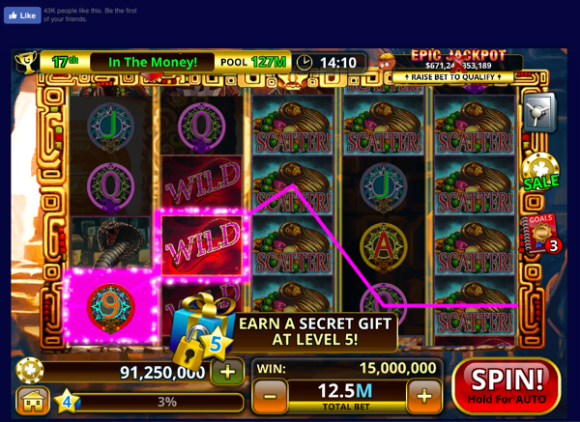 Right when I was drowning in monotony, the locks disappeared from the sides of my betting amount. Thrilled to see that I could up the ante, I raised my bet to 12.5 million a spin. This helped me reach level four extremely quickly, but it did little to diversify the game. Slightly disappointed, I desperately tried to find some variation. 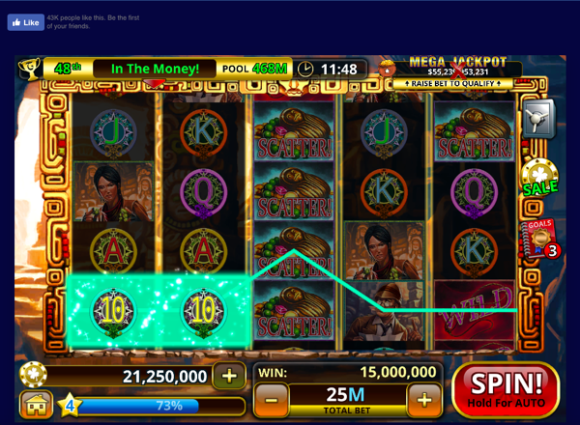 Luckily I found some hope with the option to raise my bet to 25 million a spin. These were some high stakes, so I jumped at the chance to play dangerously. This paved the way for bigger wins, but they failed to cover my spending. Before long I wasn’t able to maintain this lavish betting amount, so I quit while I was ahead.

Fast Fortune Slots has an eerily familiar feel to it. While they have an impressive selection of games, none are particularly compelling. The game feels generic in every sense of the word, since nothing stands out. Instead of taking a chance, they decided to play it safe and deliver a bland game. This is unfortunate, since this game is rife with potential. In the end I had to quit, since things became too monotonous to continue.