Get Festive With Slots – Merry Christmas 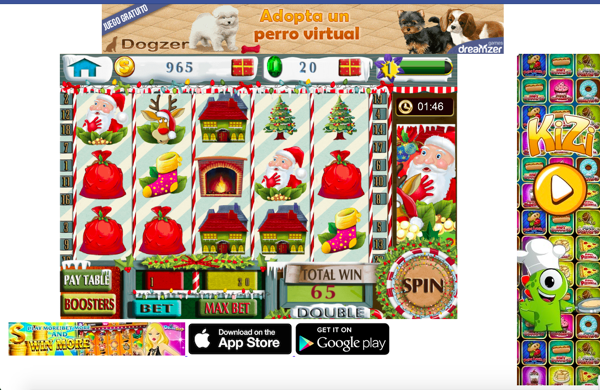 Since the holidays are approaching fast, it’s time to enjoy some Christmas themed slots. There are countless slot games on Facebook, but only a few are filled with holiday spirit. Since the countdown till Christmas has officially started, we decided to introduce you to Slots – Merry Christmas.

Slots – Merry Christmas has pioneered festive slots on Facebook. They already have thousands of users & a solid repution. The positive reception that this game received has made it impossible for us to ignore. We dove headfirst into this delightful game to see how it stacks up against the competition. Prepare to be blown away by this charming slot game! 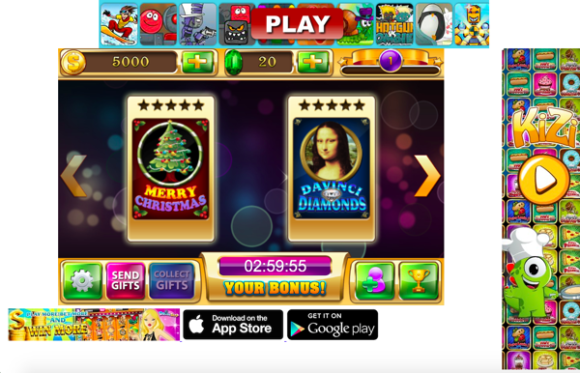 This decision was a no brainer! 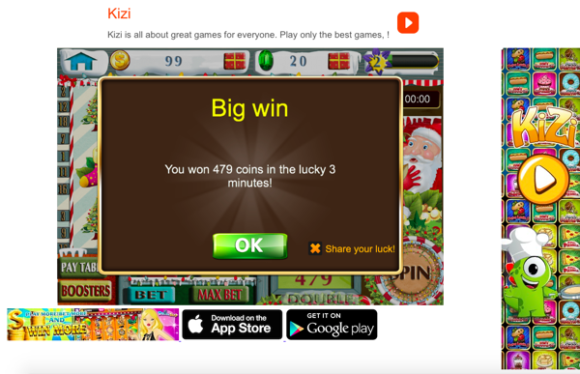 The 3 minutes were action packed!

As soon as the game loaded, I knew that I had made the right choice. Festive music, reindeer, & a slew of other Christmas themed ornaments came to life every time I spun. Since I only had 3 minutes, I had to bet big. Unfortunately, 100 credits per spin ended up maxing out my coins. I humbly reduced my bet down to 5 credits a spin, & was back in the game. I spun furiously for the remaining time, determined to make Santa proud. By the end of the round I had leveled up & won 479 coins! 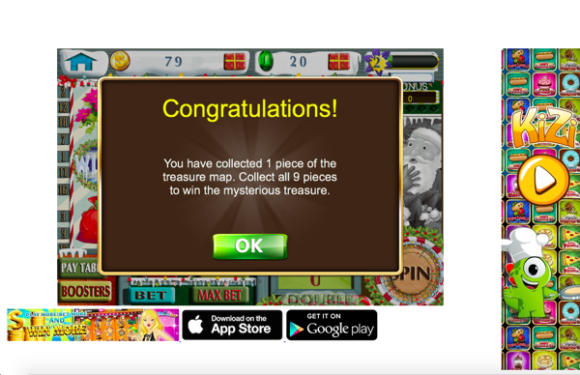 These puzzle pieces were an interesting twist…

I enjoyed the rush of running against the clock, but now it was time to examine the game. After returning to the lobby I chose the normal mode. Once I got back to the wheels, I realized I had little to no coins. Once again I reduced my bet to 1 credit. This put me back on track, the next spin won me a puzzle piece to the treasure map! From there on I continuously won puzzle pieces on each spin. This was slightly perplexing, it almost made the achievements seem trivial. Fortunately, I didn’t care about the treasure map. I only wanted to win big. 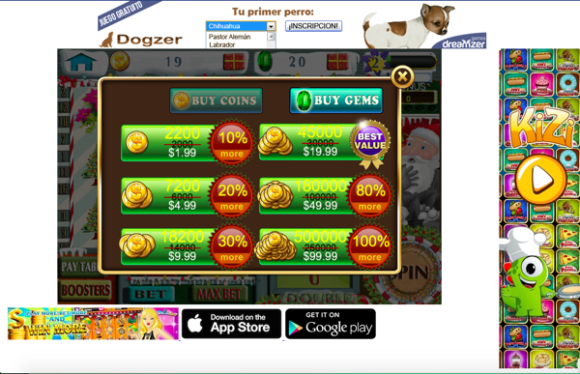 No-one in their right mind would buy these coins!

After a few more spins, reality kicked in. Even at 1 credit a spin, the amount of lines bumped this minimum bet up to 30 credits. I went into the game with 98 coins, so by a few spins I was broke. Slots – Merry Christmas was more than happy to offer to sell me coins. However, I was in no mood to hand over my hard earned cash. So with a heavy heart I was forced to quit the game.

Slots – Merry Christmas is a festive game that lacks depth. On the surface it seems like the perfect slot option for the holidays. There are plenty of interesting references & upbeat music, but that doesn’t make up for its shortcomings. In reality this game has little to offer, the graphics are basic & it lacks bonus games. I tried to get into it, but just as I was getting intrigued I ran out of coins. I believe that if they had lower betting options I could have had a better experience. This game is still worth a try, but don’t get suckered into paying cash!