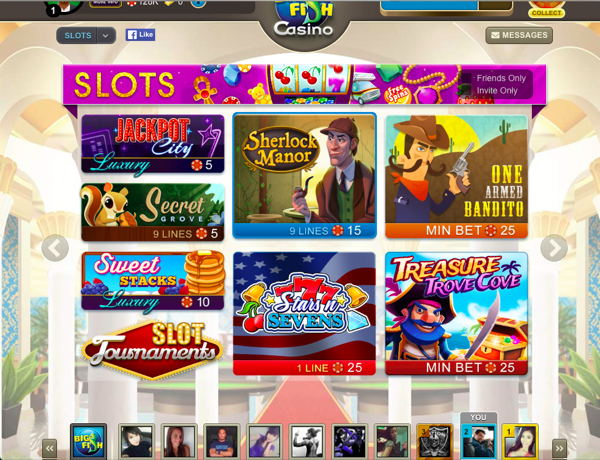 Big Fish Casino has been heralded as the most diverse casino app on Facebook. They offer a wide selection of games that range from slots, craps, blackjack & roulette. This cornucopia of games has won them praise from players around the world. Over the years they have managed to keep the gameplay fresh with daily additions. To this day their legions of die hard fans claim that this game is the best on Facebook.

There was only one way to see if the hype was credible, so we dove headfirst into the game. After hours of gameplay we came up with the most revealing report of Big Fish Casino online. Enjoy the fruits of our labor with this eye opening review! 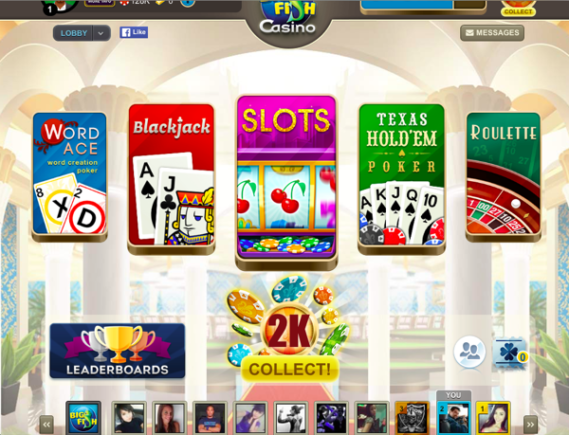 The amount of options was stunning!

Upon joining this game I was instantly invited to give 500 chips to my Facebook friends. Since they didn’t play slots I politely declined. After refusing the first offer I was giving the Daily Spin. This netted me 28,000 coins! After collecting my bonus I was ushered into the lobby. There I was presented with an impressive set of options. I was able to choose between slots, roulette, blackjack, world ace & Texas Hold’em poker. 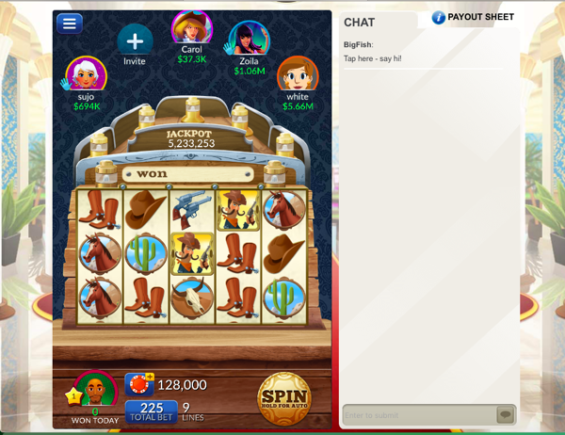 The size of this chat box was outrageous!

I was feeling lucky so I picked slots. There I was confronted with another slew of games. Feeling dangerous, I decided to pick One Armed Bandito. As soon as the game loaded, I discovered an unpleasant surprise. Half the screen was taken up by a chat box. There was no one in the chat but me, so I decided to close it. Try as I might, it was impossible to get rid of the chat box. After multiple attempts, I realized that this battle was futile. I resigned myself to playing slots on half the screen. 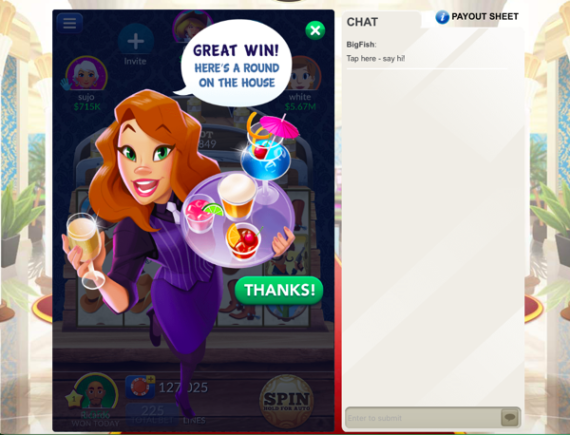 After multiple spins, I was congratulated with a round of drinks. This was a little depressing, since I couldn’t drink them. Fortunatley, I was soon awarded a level up! This allowed me to bet up to 25 lines & gave me 10k in chips! Finally things were getting enticing… 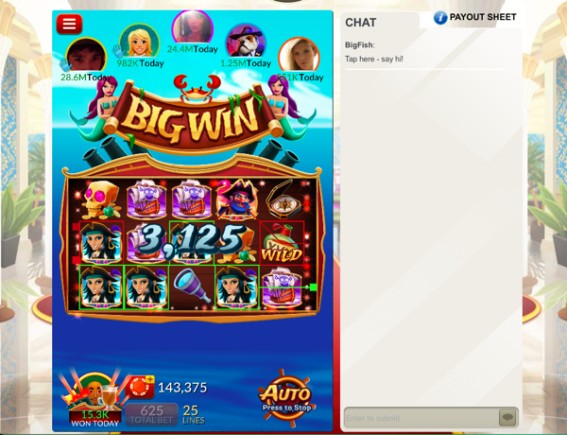 This level was full of surprises!

Once I got my chips, I was ready to hit different games. I decided to go with Pirates Cove. This game plunged me deep into a Mediterranean adventure. The game came to life multiple times with new victories. I was taking over the high seas, winning levels left & right. Suddenly I was awarded a new level up! This allowed me to bet up to 40x & got me 11k in chips. 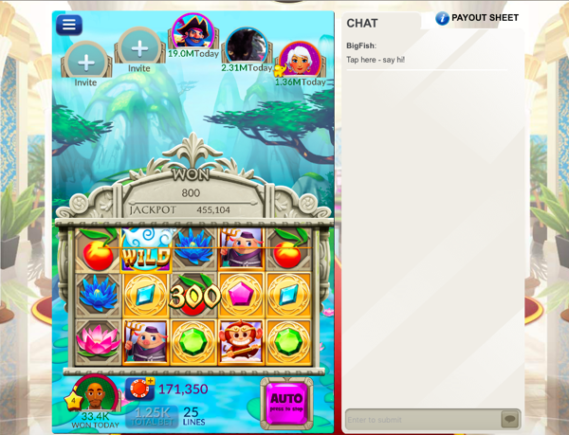 Yet another captivating level!

I kept playing furiously until I achieved another level up. Once I leveled up a whole new world of levels opened up! I picked the Monkey King Temple, & the adventure began. This game had a slew of interesting characters. After playing this level for almost an hour, I decided to call it quits.

Can you win real money on Big Fish Casino 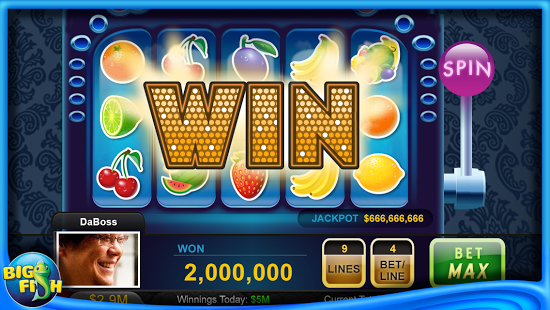 Now the question some of players would ask me is that can you win real money on Big Fish Casino. Well as the game is free and require nothing to deposit from your end but get virtual chips/coins to play that surely makes sense that you cannot win real money on Big Fish Casino. All you can win is virtual chips/coins to play more games.

There are a bunch of ways to get free chips:

So if you win on any pokies machine you will get free chips in the form of wins that will be automatically added to your account.

Big Fish Casino offers a staggering amount of games. They are all fun to play & offer enough variety to keep things fresh. The only major problem with the game is the chat box. Even though it is completely inactive, it takes up half the screen. While this alone isn’t a deal breaker, it makes it hard to play for more than a few hours. Hopefully enough people complain so Big Fish Casino is prompted to fix this flaw. Other than that this was an epic casino game!