Bet Big With Get Rich Slots 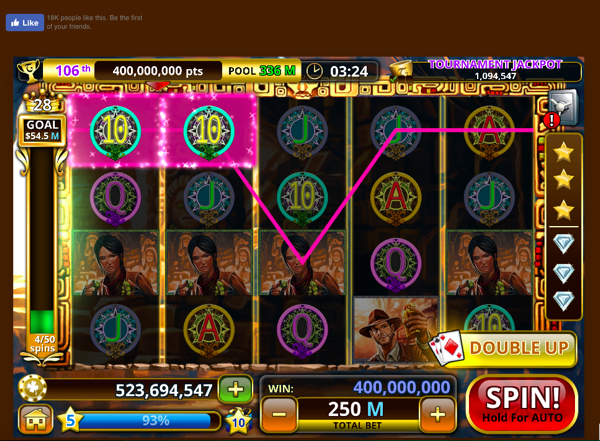 Out of the extreme slots games, Get Rich Slots is quickly rising to the top of the genre. It has taken Facebook by storm with its larger than life payouts and epic selection of games. This is one of Super Lucky Casino’s many releases that offer staggering welcome bonuses. Punters are greeted with 10,000,000 free coins, which is enough to lure in even the most skeptical bystander. So far this strategy has worked, reeling in over 10,000 monthly players and 18,821 page likes.

While the jury is out whether bigger is better, Get Rich Slots has thrived on their excessive image. To see if this game really lives up to the hype, we dove head first into the slots. What we found was shocking, so come explore the most in-depth review of Get Rich Slots online. It was a wild ride, but it illuminated a growing trend in the online pokies industry! 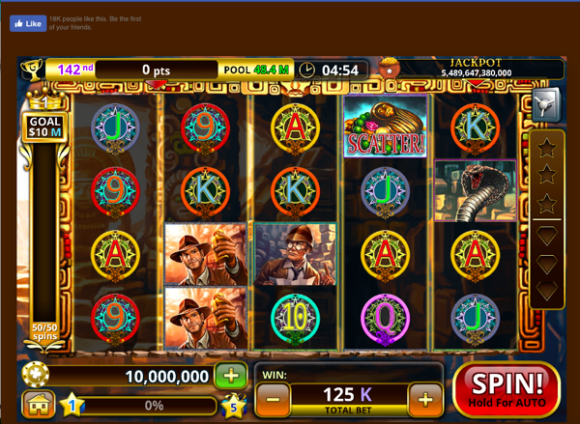 The theme was familiar, but this time it had a twist.

Once the game loaded, I was ushered into a lobby that was bursting at the seams with choices. Everything from Greek gods to Beethoven’s symphonies were at my disposal. After scrolling through this familiar list of choices, I ended up picking Temple Treasure. This theme was eerily similar to what’s found in other Super Lucky Casino releases, and it only got more obvious once the theme loaded. Everything from cobras to gold inspectors filled the reels. Like most of Super Lucky Casino’s releases, I had to win $10 million in 50 spins. Emboldened by this challenge, I started spinning furiously. 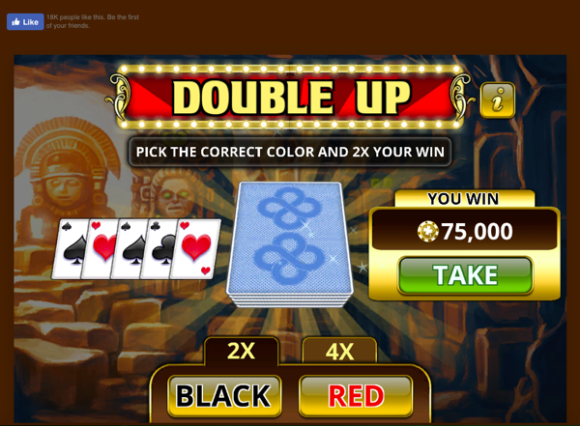 On my first spin, I won 75,000 coins. Every spin cost me 125K, so this wasn’t impressive. While the prize wasn’t intrigueing, the option to double up was. I jumped at the chance and was instantly ushered into a fun bonus game. Confronted with a deck of cards, I had the option to pick red or black. Playing it safe, I chose black. This proved to be disastrous, so I scrambled to come up with a way to increase my winnings. 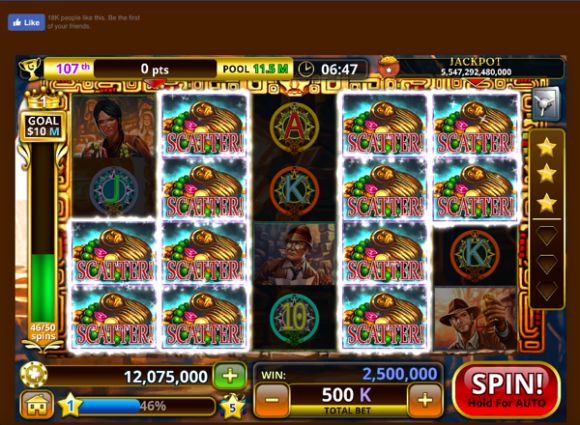 This win was impressive at the time, but paled in comparison with what was to come…

Once I was back in the game, I decided to raise my bet to 500K a spin. This proved to be a profitable move, since I won 600,000! I was also awarded sticky scatters for six spins, which led to me winning 2,500,000 coins! This epic victory was followed by a million-coin prize, which kept me excited about playing. 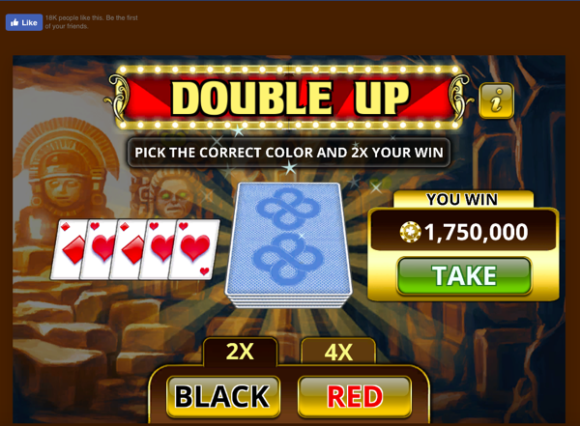 After enjoying a bold winning streak, I reached level 2! To celebrate reaching this landmark, I raised my bet to 1.25 million coins per spin. Hoping for the best, I started spinning like a madman. On the first try, I won 1,750,000 coins with the option to double up. Daring to take things further, I picked black on the bonus game. This doubled my winnings, but I lost it all when I bet black again. Slightly disappointed in myself, I returned to the game. 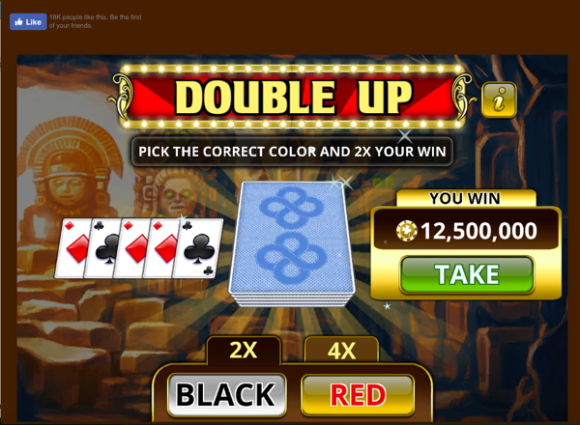 This time I walked away with a staggering profit!

I kept spinning furiously and reached the $10 million coin goal! This motivated me to keep spinning, so I didn’t stop until I surpassed level 3. During one particularly epic win of 6,250,000 coins, I was presented with the option to double up. This was too tempting to resist, so I bet black. To my delight, I doubled up to 12,500,000 coins! I had learned my lesson from the last time, so I accepted this amount. 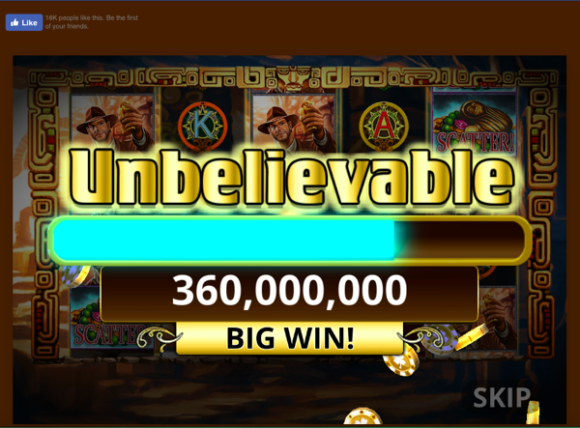 This win was absolutely staggering!

Get Rich Slots lives up to its name. Players are constantly awarded larger than life prizes that are often accompanied by the option to double up. These keep the game interesting and compliment the levels well. While the graphics aren’t the best, they are still enticing. This game is extremely enjoyable to play, especially for those who like to live dangerously. Try your luck with this wild game!