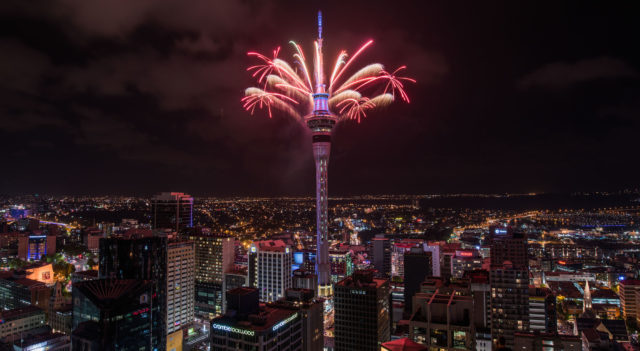 New Zealand’s gambling industry is booming, and this success is creating plenty of breathtaking places to play pokies. When it comes to gambling, few countries manage to out bet Kiwi’s. Last year, punters across New Zealand spent a total of $2.38 billion on various forms of gambling. This averages out to over $635 per adult, which is one of the highest gambling expenditures in the world. Out of all the faucets of this bonanza, none are growing faster than pokies. Punters spent a staggering $895 million on pokies, which was a $25 million increase from the previous year.

As the demand for pokies continues to grow, so are the amount of options. Faced with a receptive market, a new wave of slot machines are popping up both online and in brick and mortar venues. While this trend is far from surprising, the sheer number of quality land-based pokies options is impossible to ignore. Currently Kiwi’s have 6 legal gambling facilities to choose from that provide a grand total of 2,772 slot machines. Even though the options are endless, not all venues are equally advantageous for punters who want to focus on pokies.

To showcase what’s available, we compiled a list of the best places to play pokies in New Zealand. Through their strategic locations and epic promotions, these casinos continue to set the standard. Their wide selection of pokies machines is only outdone by the amount of amenities featured on their premises. This combination is entertaining enough to captivate even the most jaded punter, so don’t miss out on the action. Dive into this list to discover which casinos can’t be missed by any respectable pokies lover!

Casino #3: SkyCity Casino Hamilton (331 Machines) – Ever since this casino debuted in 2002, it put Hamilton on the map as a prime destination for punters. Equipped with an impressive selection of amenities, this casino has enough options to entertain the entire family. From their ten lane bowling alley to diverse lineup of restaurants, Skycity Hamilton provides the best of both worlds. This establishment is located in the heart of the city’s CBD, which allows families and hardcore punters alike to indulge in their offerings.

Even though it’s easy to get lost in the amenities, the casino is where this venue shines. Their 16,000 square foot game floor boasts a staggering selection of games. Punters get to choose between 331 pokies machines and 23 table games. These options cover every major casino game, as well as classics that have stolen the show around the world. This casino is a joy to visit, so don’t hesitate to incorporate it into your next trip to Hamilton!

Casino #2: Christchurch Casino (500 Machines) – On top of making history, this casino embodies a new shift in New Zealand’s gambling industry. When it first opened its doors in 1994, Christchurch was the first casino in the country. This bold debut set the stage for the booming gambling options that are currently available throughout New Zealand. While the company’s shareholding was originally dominated by Aspinall, SkyCity Entertainment Group bought them out in 2004. This deal sealed the group’s monopoly on New Zealand’s gambling industry, and secured the casino’s continued success.

This venue’s illustrious history is complimented by a truly impressive selection of games. Their 43,998 square foot casino is home to 34 table games and 500 plus pokies machines. Punters are hard-pressed to find a better selection of games in New Zealand, since it’s the second biggest casino in the country. Many of their perks that can’t be found anywhere else, so don’t miss out on this rare amount of gaming options!

Casino #1: SkyCity Auckland (2,100 Machines) – For those who love to be inundated with choices, no casino can compare to this larger than life venue. Boasting two hotels, 12 bars, a state of the art theater, and the tallest manmade tower in the country, this complex is overwhelming. Their 2,100 pokies machines are accompanied by 100 table games and a 9 table poker room. This sprawling establishment embodies the extravagant future of New Zealand’s gambling industry, so make sure to stop by!