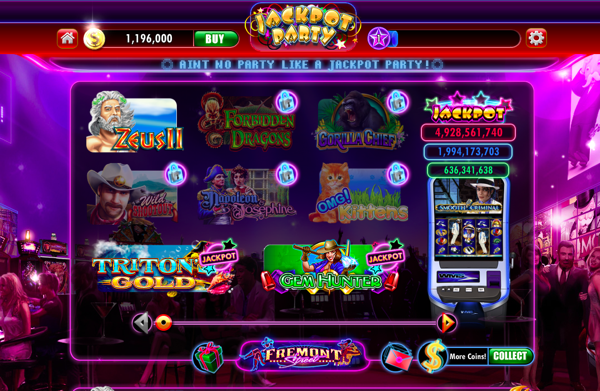 There’s one app that’s taking Facebook by storm, Jackpot Party Casino Slots. This game has stolen the show with over 1 million monthly users. This tsunami of interest is fueled by the brilliant entertainment & tantalizing themes that this game allegedly provides. I decided to dive headfirst into this game to see if the hype was warranted. What I discovered left me completely shocked. 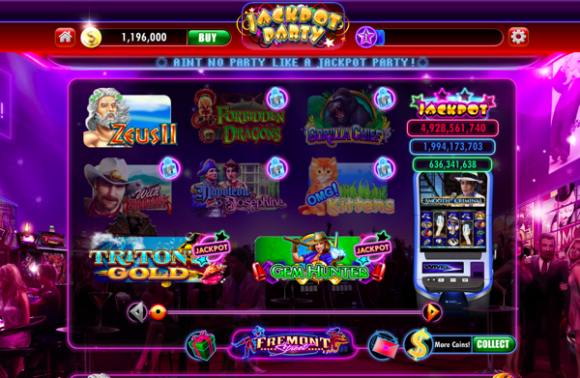 Confronted with 3 options, I decided to go with Gem Hunter.

Immediately after the game loaded I was greeted with a 191,000 coin bonus! I was off to a good start. They wanted me to share this news with my followers, but I chose to be discreet about this game. Once I got to the main menu I was greeted with three choices, I decided to go with Gem Hunter. 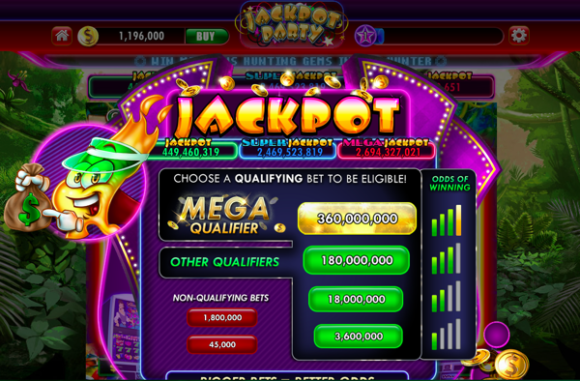 At these prices the jackpot seemed unattainable.

Once I started playing I was startled to see that I already had 1,196,00 coins! That rush dissapated quickly when I saw the list of bets. To qualify for the jackpot I had to make at least a 3,600,000 bet. Well below the target, I was destined to play for normal prizes. 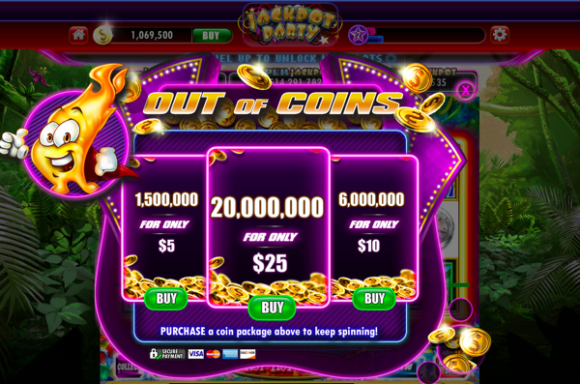 Jackpot City was more than happy to offer me plenty of payment plans.

After a few spins, I curiously hit the max bet button. I was alerted that I didn’t have enough coins for the max bet & was swiftly guided to a number of payment options. Not wanting to spend any of my hard earned cash on this game, I politely refused. 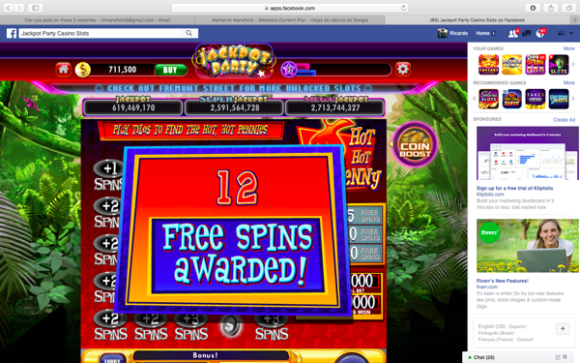 Finally a stroke of luck!

Back to the game, I was given an option to win more coins. I was told that I had 24 hours to fill up the meter before I won more bonus coins. Slightly frustrated, I returned to the game. Just when I was about to quit I was taken to an epic bonus game. I was told to pick 3 pennies. I did & unlocked a total of 12 spins! 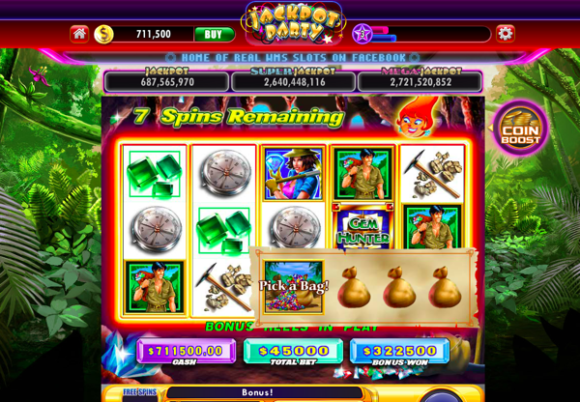 These bags were filled with coins!

In the middle of the free spins, I was instructed to pick a bag. This won me 6,000 coins! The free spins kept spinning, & I was awarded an additional 30,000 coins! 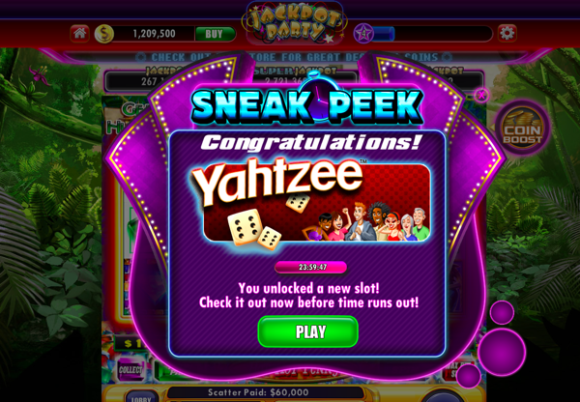 I needed a change of pace.

After playing for a few minutes, I was alerted that I had unlocked a new game called Yahtzee! This was exciting news, because I was already sick of Gem Hunter. The gameplay was alright, but the graphics were so mediocre that I couldn’t get into it. 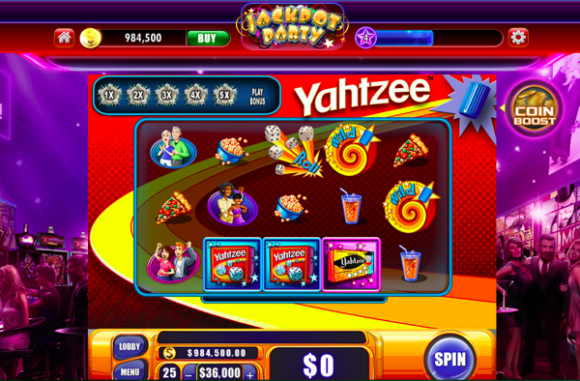 This game was extremely disappointing.

Unfortunately, the graphics weren’t any better with Yahtzee. It was an alright game, but it was just too cartoonish for my tastes. Slightly bewildered by the lack of attention to graphics, I ended up quitting the game.

How Jackpot Party has amassed this many followers is a mystery to me. At best this game is average & the graphics made me feel like I had time travelled back to the 90’s. The lack of imagination & flavor stunned me. You would think that with 1 million monthly players this game would be amazing. Unfortunately it doesn’t stand up to other competitors like Slotomania. If you aren’t legally blind I would stay away from this game. There are plenty of other slot games that give a much more tantalizing experience.