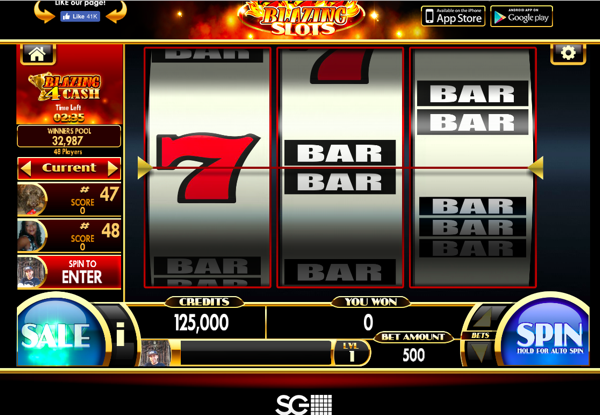 There’s a lot of 3 reel slots games, but only one is making headlines. Over the last 3 months, Blazing 7s Slots has won over a surprising amount of fans. This epic debut has gained an unprecedented amount of momentum. There are over 100,000 monthly players on Facebook alone, & the numbers are growing dramatically. Every day more users join the team, & some claim that this is the best casino game of 2017.

With so many players jumping onboard this new release, we had to see if it was really up to par. Getting an initial hype is fairly easy, but having what it takes to stay relevant is a different story. For this reason, we created the most detailed review of Blazing 7s Slots online. This game is full of surprises, so prepare to be overwhelmed by this daring release! 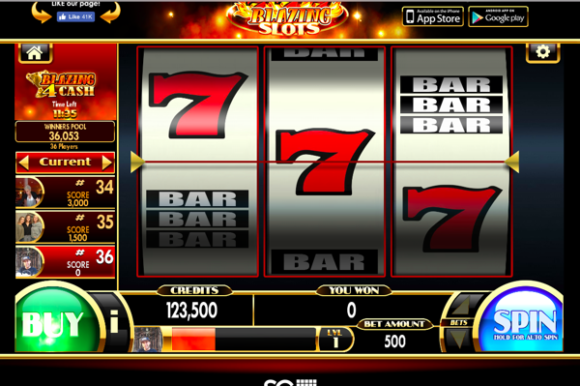 This game tries to take users back in time.

Before the game even loaded, I was awarded 100,000 coins. This was a welcome gift, so I happily accepted it. Once I made it to the lobby, there were 3 different old fashioned slot machines waiting for me. They all looked eerily similar, so I ended up picking Blazing 777. Once the game loaded, I was thrown into a bizarre slot game. The design was extremely unique, since it’s outrageously simple. There was only one row, & the entire theme was based on simplicity. While this may win over players with raging nostalgia for old time slots, to me it seemed lazy. I decided to put aside my initial reservations & see if the slots proved me wrong. Slightly disillusioned, I started spinning. 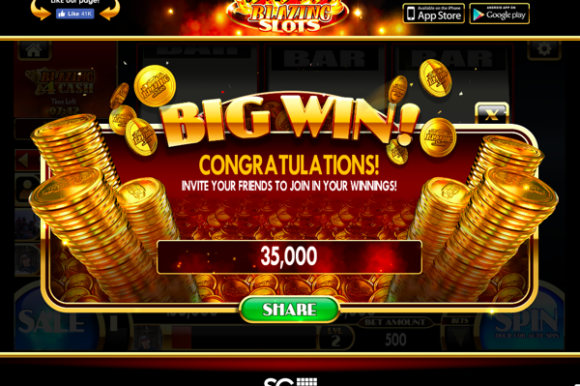 This win was exactly what I needed!

As the numbers whipped around the wheel, the game almost proved me wrong. Blazing 7s Slots may have lacked depth, but at least this simple layout was easy to play. Before I knew it, I was actually enjoying the game. I kept spinning furiously, & I managed to level up! This won me 2,000 credits, which was a meek amount compared to what I had spent to get there. Unfazed by this, I continued to explore the intricacies of the game. Before I knew it, I hit a lucky combination. This won me 35,000 credits, officially putting me back in the game. Emboldened by this victory, I took on the game with new vigor. 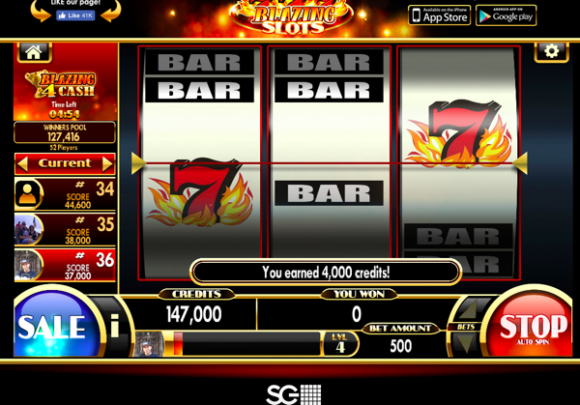 These level ups were the only thing happening…

I still had 154,000 credits, so it was time to dive into the game. I placed the game on auto spin & hoped for the best. After a few spins, I ended up reaching level 3! This won me a humble sum of 3,000 credits, but any gift was welcome. I kept spinning, & was met with no notable wins. Before I knew it, I reached level 4. This was a little worrisome, since nothing happened during level 3. 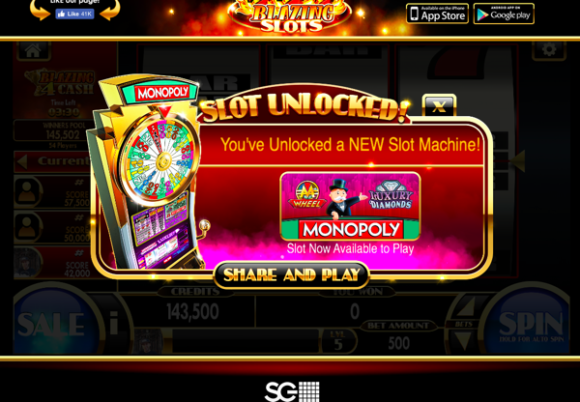 Even a new theme couldn’t liven up this mediocre design.

Things were getting repetitive, but I didn’t want to give up. I kept spinning, but was met with nothing but another level up. This gave me access to a new game, but by then I had lost my will to continue playing. This once appealing game had drowned in its own simplicity. I chose to exit, so I closed the tab before I reached yet another useless level up.

Playing Blazing 7s Slots was incredibly disappointing. As soon as I saw the design, I knew something was off. It was too simple to be good, & by the end of the day they proved me right. While this game might win over people who miss the 80’s, this game falls painfully short of being entertaining. There is little to no variation during the game, & the only thing I experienced was level ups. In an industry filled with action packed slots games, this is unacceptable. Hopefully the developers spice up this game before new fans lose interest.