Home / Pokies / Find Out if High 5 Casino is Worth it

Find Out if High 5 Casino is Worth it 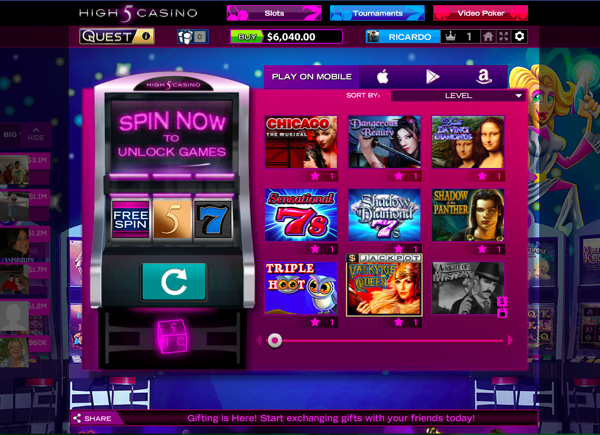 It’s no secret that High 5 Casino is dominating pokies apps on Facebook. This spectacular casino game has punters leaving rave reviews around the world. It features a revolutionary level up system where the slots evolve with you. In total there are over 70 levels to unlock, so there are plenty of different themes to keep the game fresh. All these exciting features have seduced 500,000 monthly players. With numbers this impressive, it was time to see how the game compared to the competition. We decided to put this renown pokies app to the test. Enjoy the most revealing review of High 5 Casino! 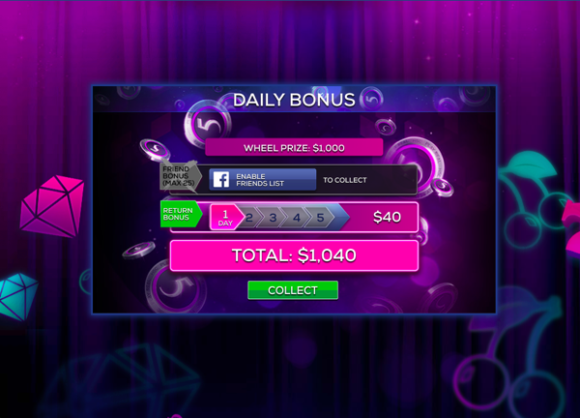 This was a great start!

Once the game loaded, I was instructed to spin the wheel. This won me a daily bonus of $1,040. Thrilled by this turn of events, I headed toward the lobby. Armed with a balance of $6,004, I was ready to hit the game. After the lobby finally loaded, I was confronted with multiple choices. I was feeling risky so I went with Dangerous Beauty. It was a Japanese style game with a voluptuous geisha inviting you to play. Before I could start, I was alerted that once I reach level 5 it will unlock a new level. This was good news, but I was eager to get into the game. 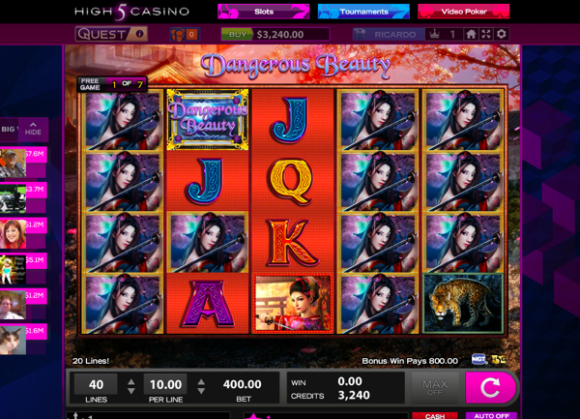 I was off on an Oriental adventure!

Dangerous Beauty turned out to be a great game. There were plenty of interesting characters that were mostly made up of seductive women & exotic animals. After a few spins I was awarded 7 free games! 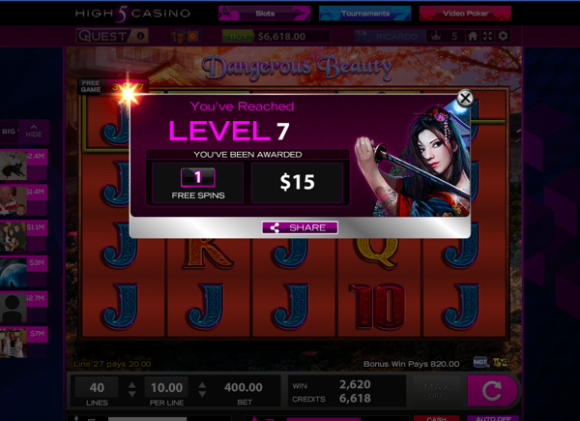 There were so many level ups in a row that my head was spinning!

Even though they only ended up being free spins, they got me multiple level ups. Once I reached level 4, I was instantly ushered into level 5. Before I could start celebrating I reached level 6. Then level 7. These level ups were happening so fast that I was thoroughly confused.

There was way too many level ups for this amount of spins. 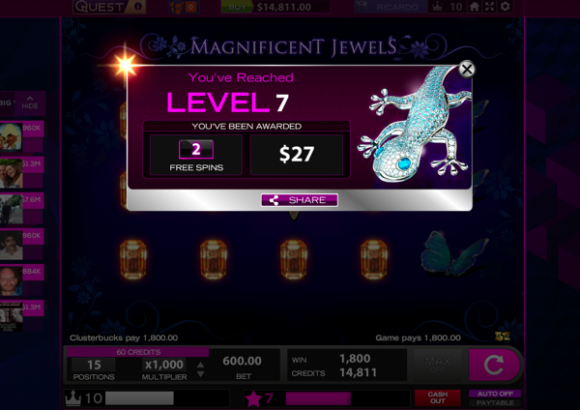 Another beautiful level ruined by too many level ups. 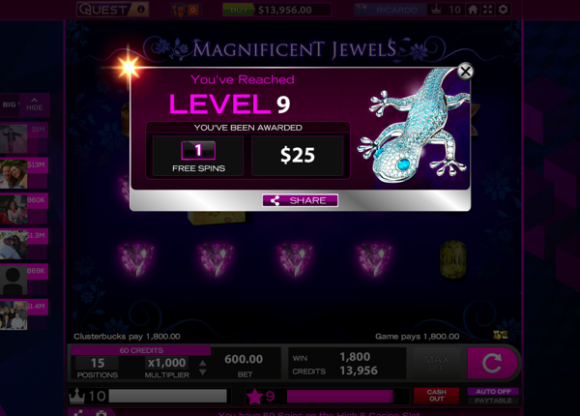 When the game told me that I was at level 9, I was enraged. I had literally only spun two times & I was already at level 9. The amount of level ups was overwhelming. I decided to quit while I still had my sanity.

High 5 Casino is a beautiful game with an unforgivable flaw. The graphics are great & the levels are enticing. Unfortunately all that goes out the window with the shocking amount of level ups. You literally can’t spin twice in a row without being bombarded with level ups. After getting hit with a tsunami of level ups, you spin & it starts all over. The amount of level ups are more than ridiculous, they ruin the game. It’s a huge shame since this game has such beautiful levels. Hopefully enough people complain so High 5 Casino can get their act together & save this game.