Discover the Best Places to Play Pokies in Panama 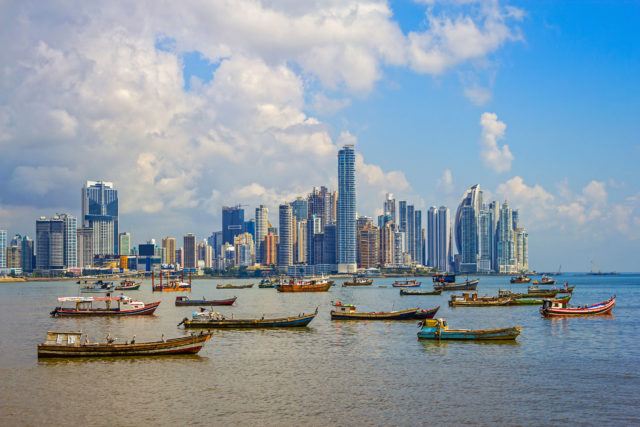 Out of all the places to play pokies in Central America, none can compete with Panama. Even though their gambling industry recently underwent a hefty 5.5% tax hike, its still more vibrant than anything else in the area. Currently the island is undergoing a tourism renaissance, and plenty of companies are jumping at the chance to cash in on this bonanza. Over 1.8 million tourists visited Panama in 2017, which translates to major business for the local economy. The average tourist spends $365-$385 a day, which is the highest per capita average in Central America.

This avid spending has set the stage for a massive gambling industry in Panama. Ever since casinos were officially authorized in 1997, the nation has hosted a slew of luxury gaming venues. Today 3 major gaming providers control over 46 casinos that operate within 11 Panamanian cities. Even after experiencing a 47% drop in table wagers after a 5.5% tax was introduced in 2015, the industry is booming. Panama’s gambling industry is worth $259.6 million, and new legislation guarantees that this number continues to grow.

As the current government works to repeal the infamously destructive gaming taxes of 2015, Panama is emerging as a leading destination for punters. Various bills are being introduced to repeal the gaming taxes, and this loosening of restrictions is motivating more people to visit casinos. When it comes to picking where to play, Panama City steals the show. The country’s capital is home to 28 casinos that boast a combined total of 179 table games and 6,804 pokies machines. Each casino is held to high standards, which puts visitors in an interesting predicament.

The sheer amount of gaming options makes finding the best casinos a surprisingly daunting task. The average tourist only spends 6 to 7 days in Panama, so the race is on to find the best venues. To guide our readers to the top casinos, we compiled a list of the best places to play pokies in Panama. These casinos boast a staggering amount of machines, which is a rare find in Central America. Discover why Panama is a adored by punters from around the world by browsing this list!

Best Casinos for Pokies in Panama

Casino #3: Panama Princess Casino (450 gaming machines) – When traveling through Central America, punters will be hard pressed to find a more intriguing casino. This venue is nestled inside the Princess Panama Hotel, and this strategic location opens doors to some epic amenities. On top of offering 5 star accommodations, this casino is only 5 km away from the Metropolitan Cathedral of Panama. While the surroundings are impressive, their 27,000 square foot gaming floor is where the action is at. Visitors get access to 450 gaming machines and 19 live table games, so don’t miss out on the action!

Casino #2: Veneto Wyndham Grand Hotel & Casino (600 machines) – Despite being dethroned by the Ocean Club in 2014, this is still one of the best casinos in Panama. Ever since it opened in 2007, this luxurious casino has enchanted affluent visitors from around the world. Their 40,000 square foot gaming floor is absolutely packed with options. Between their 40 table games and 15 poker tables, this casino can’t be missed. They have over 600 electronic gaming machines, so come indulge in an unapologetically extravagant selection!

Casino #1: Ocean Club Casino (600 machines) – When this casino opened in 2014, it completely redefined Panama’s gambling industry. It’s nestled in the Trump Ocean Club International Hotel and Tower, which provides breathtaking views of the city. On top of being the largest in the country, this posh 75,000 square foot gambling floor is bursting at the seams with options. From restaurants to lounges, it’s easy to forget about the games. Even though the amenities are impressive, it’s hard to compete with their selection. This relatively new casino boasts 600 electronic game machines & 32 table games, so come test your luck in the middle of unmatched luxury!